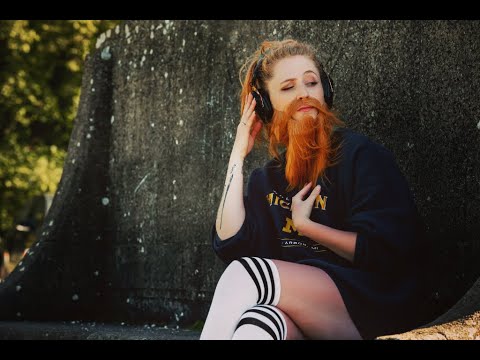 Today, Janet Devlin has released the official music video for “Big Wide World” which can be found on her recently released album Confessional. This is her sixth music video from the album, following “Confessional”, “Saint Of The Sinners”, “Honest Men”, “Away With The Fairies”, and “Holy Water”.

Janet Devlin is a singer-songwriter from Gortin, Northern Ireland, who is best known for being a contestant on the eighth series of The X Factor, where she placed fifth overall. She went on to release her debut album, headline a number of tours, and release four EPs. She even charted with her album, Running With Scissors. Now, she’s back, stronger than ever, laying all the demons from her past, out into the world to see, hear, and read about – as, alongside the release of her new album, Confessional, she has also dropped an autobiography, titled My Confessional.

This music video has been directed, produced, and edited by Katia Ganfield whilst Timothy Wood acted as director of photography. In the description of the YouTube video, Janet Devlin said: “Welcome to the big wide world! I hope you like this little piece of distilled sunshine and joy! It’s light in the dark, and I’m forever grateful to everyone who sent me their happy moments to include in the video. I can’t help but smile when I watch this, let me know what your favourite parts are ? I filmed this video while in lockdown with director extraordinare Katia Ganfield, we worked really hard to make sure we kept safe and I’m really happy with the results.”

Full of energy, Janet Devlin can be seen walking and running about in time to the music, as videos from her fans are shown intercut throughout but also as little extras whilst she is running. It’s beautiful to see her carefree and enjoying life, and this visual, along with the song, is sure to lift people’s spirits up, which is what we all need during this time.

“Big Wide World” can be heard on Janet Devlin’s new album Confessional, which was released this week and is available to download and stream, via Insomnia Music Records. Her autobiography, My Confessional, is also out now on ebook and hardcover, published by Omnibus Press.

What do you make of Janet Devlin’s music video for “Big Wide World”? Let us know on Twitter @CelebMix.