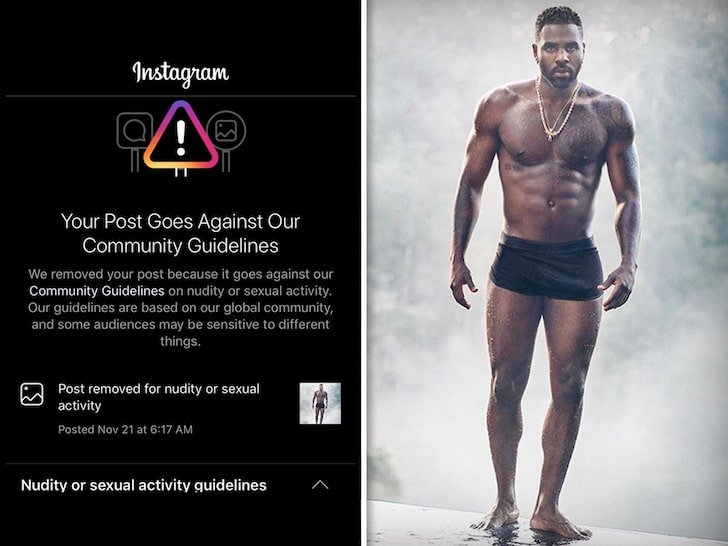 Jason Derulo‘s got a problem most men would die for … his penis is too big to post underwear pics on social media.

Jason just had his recent Instagram shot flaunting his manhood taken down for violating the platform’s community guidelines on nudity and sexual activity … and a Facebook spokesperson tells TMZ Jason’s post got the heave-ho because it featured “aroused genitalia.”

Glad we got to the bottom of that!!! 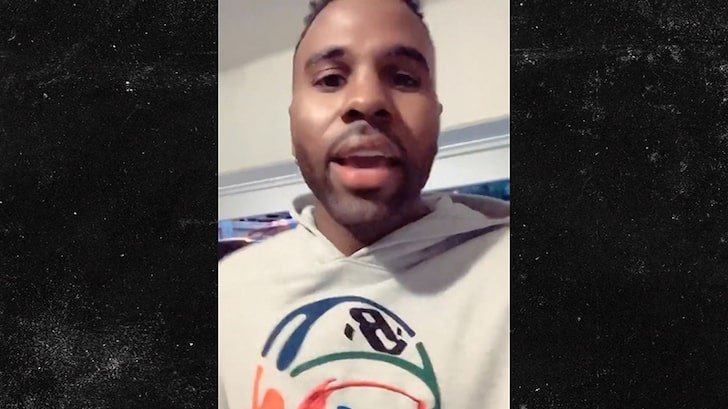 Jason’s not taking the removal too kindly … he says it’s a double standard because women flaunt their bodies all over the ‘gram. He points out he’s covering his junk with underwear and says it’s a clear example of discrimination because he can’t help his size.

Dude may have a point … we did some snooping and found a pic of The Game showing off his endowment in some nut huggers, and it’s yet to be removed after over a year. Sorry bud, guess you ain’t on Jason’s level!!!

Anyway, the next time Jason feels in the mood to show off his family jewels … he can safely share it on Twitter.

Tallia Storm speaks out about provocative outfits and flashing the flesh