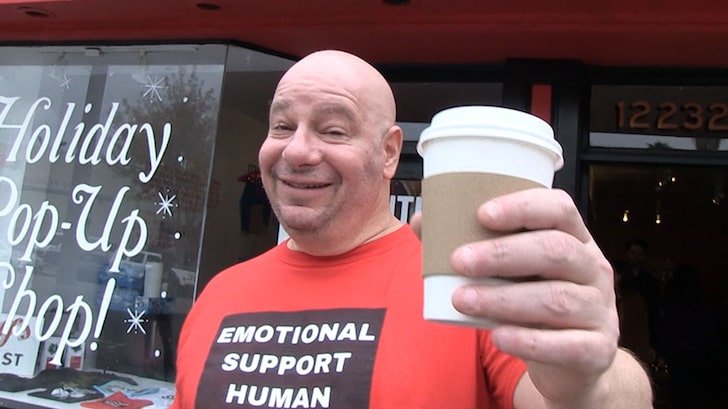 Jeff Ross is welcoming Tiffany Haddish to the Jewish faith with open arms — and he’s also inviting anyone else of color to get on-board and enjoy the perks of Tribe membership.

The comic gave us his two cents Saturday outside of his Roastmaster’s pop-up coffee shop on Ventura Blvd. in L.A. — telling us what he made of Tiff recently embracing her Jewish heritage and celebrating it with a Black Mitzvah in conjunction with a new comedy special.

Watch … Jeff seems ecstatic over the news and gives her a couple tips on how live like a Jew. He also has a message for other black celebs who are thinking of converting … which sounds like great material he might use in a roast setting. That’s sorta his thing.

Our photog pivots to Hanukkah, asking if Jeff thinks TH might enjoy that over a traditional Christmas. He’s got a hilarious take on that too … comparing Tiffany to a menorah.

Carry On at 60: The funniest one liners from the classic flicks