“I think he is a natural born quiz show host”

And he hinted the end of hit driving show The Grand Tour may be in sight.

The 48-year-old revealed details of gobby Clarkson’s ‘retirement plan’ as he lavished praise on the star’s stint hosting quiz show Who Wants To Be A Millionaire.

The ex-Top Gear host got mixed reviews running the revamped ITV programme for a week.

But the Hamster reckons “old man” Jeremy’s time on the box is coming to an end any way.

Hammond revealed the 58-year-old presenter has his mind set on a future away from TV after a pneumonia health scare last year.

Richard said: “I think he is a natural born quiz show host.

“It is a job he can do sitting down, which at his age is ideal.

“Annoyingly I think he is very good, largely because it is indoors.

“I think he is getting on and at some point we should put him out to pasture, maybe in a lake.”

But when asked if there will be another series of The Grand Tour, he said: “I couldn’t possibly tell you. It is all top secret.” 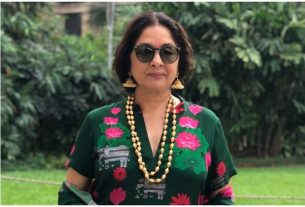