And scenes between the two stars got heated in more ways than one.

Dangerous Game, due out on June 16, sees Calum play a footballer who gets mixed up with Russian and Algerian gangsters in a spree of robberies and match fixing.

Jess plays his girlfriend in the British heist film – and that means there were sex scenes to film.

Speaking to Daily Star Online, Ex On The Beach babe Jess said: “The whole cast and crew were so professional, it was great to do my first feature film surrounded by such professionalism.

CRINGE: Jess was embarrassed going into her sex scenes with Calum

“Calum was great. I was terrified to do any of the sex scenes because it just makes me cringe. He made me really comfortable because before, I was like ‘Oh my god, this is going to be so embarrassing’.”

However, the filming wasn’t exactly sexy, as Jess explained: “There was so much crew there that it was just a routine. It made me laugh, it put me at ease – I’m glad it’s like that.”

And tempers flared in other scenes, with Jess telling us: “There was a part when I was having a big go at Calum, when I got to shout and be a bit more aggressive, I liked doing that.”

While Jess is best known for her modelling career and time on Ex On The Beach, she hoped to be an actress when she was a child and even went to school to train in performing arts.

The 27-year-old told us: “I always loved it. When I was young, I had a difficult upbringing, and it was like my release.

“There was a pub and my mum used to take me. There was a little stage, and I’d get all the kids to do little shows and we’d charge all the people drinking in the pub a pound to watch us.

“Then I went to Italia Conti and I was doing really well, but I had to drop out because my mum went blind. That ended it there for me and I ended up doing reality.

“But I’m so grateful for the chance to return to my roots. I feel my happiest when I’m acting and on a production set, I loved learning all that I can.”

REALITY BITES: Jess is most famous for appearing on Ex On The Beach

After Dangerous Game – which also stars Darren Day, Lucy Pinder and Alex Reid – Jess will star in a horror movie set in the London tombs.

But could she end up on our TV screens once more?

Jess teased: “I just moved not far away from Hollyoaks because of Denny’s [Solomona, rugby player and Jess’ fiancé] club. I would actually love to go on Hollyoaks. I’ll just wait outside for a job.” 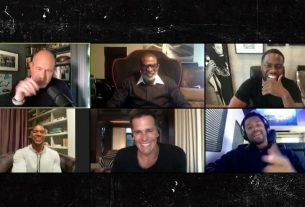