How refreshing it is to have a First Lady who promotes love instead of divisiveness? Jill Biden stepped out in a jacket that said ‘Love’ & people are applauding her!

In 2018, Melania Trump set Twitter practically on fire when she wore a jacket that read “I Really Don’t Care, Do You?” when visiting a migrant children facility at the Texas-Mexico. The messaging was interpreted as a commentary on the conditions that the migrant children were being kept in after her husband implemented a policy of separating them from their parents. Today, June 10th, as the new First Lady Dr. Jill Biden arrived in the UK, she rocked a jacket with the word “LOVE” written in silver beads on the back.

Dr. Biden was quick to tell the press what the meaning behind her fashion choice was. “I think that we’re bringing love from America,” she told a group of reporters upon her arrival alongside her husband, President Joe Biden. “This is a global conference, and we are trying to bring unity across the globe. And I think it’s needed right now, that people feel a sense of unity from all the countries and feel a sense of hope after this year of the pandemic.”

Twitter erupted with applause for the First Lady and her potential subtle shade at her predecessor. “Tell us you’re classier than Melania Trump without telling us,” one user wrote with a photo of Dr. Biden in the ‘LOVE’ jacket. “I cannot express enough how much I appreciate and love Dr. Jill Biden’s First Lady fashion. Especially comparing it to her predecessor. (It’s the subtle things)” another gushed.

When Melania stepped out in her controversial Zara jacket, her spokesperson explained it was a slap at the press and “fake news,” not the conditions of the migrant children. However, in a secret recording from her former right-hand lady, Stephanie Winston Wolkoff, Melania admits she wanted to “drive liberals crazy” with the fashion choice. “I had the idea myself, he’s not like all the time that he’s the only one for everything,” Melania said in the secret recording given to HollywoodLife, explaining the decision to wear the jacket was hers, not her stylist. “So what prompted you to buy that?” Stephanie is heard asking in the recording. Laughing, Melania replied, “I’m driving the liberals crazy, that’s for sure. That’s you know, that’s what everybody’s like, Oh my god, this is the worst. This is the worst. They are crazy.”

Dr. Biden did not reveal whether her “LOVE” jacket was a rebuke of sorts to Melania’s, but when asked about the comparison, her communications director referred to her comments to reporters. 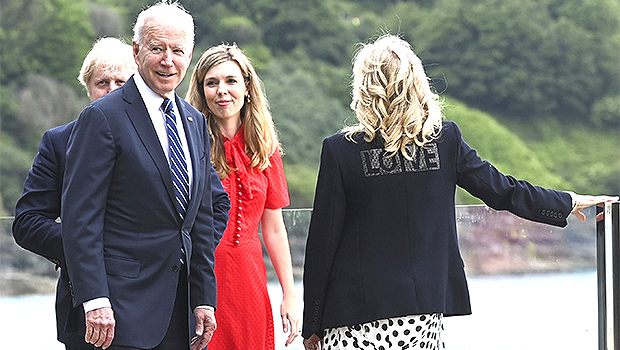 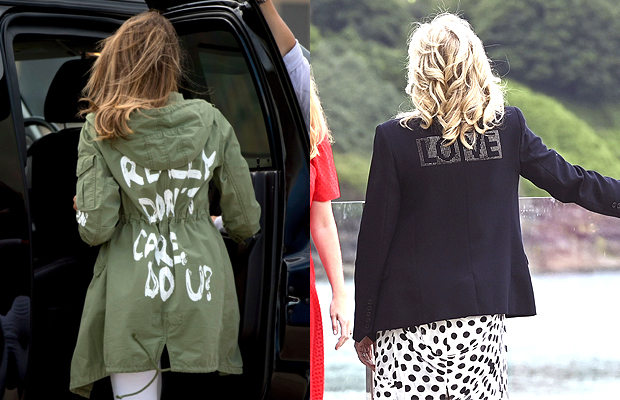