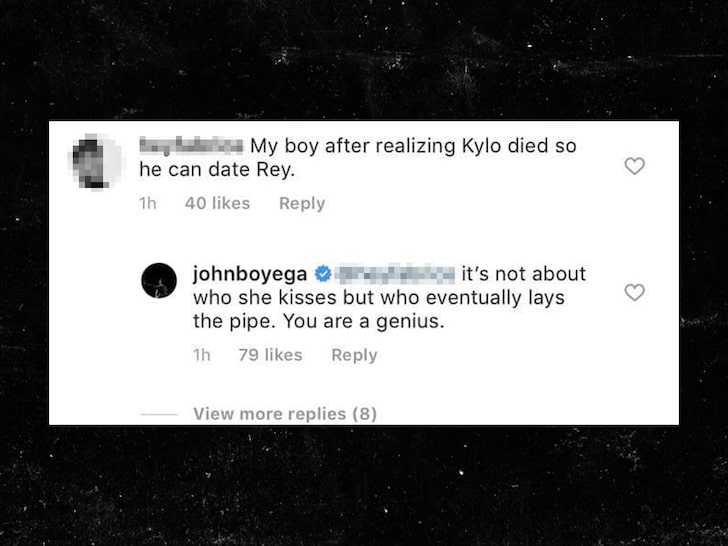 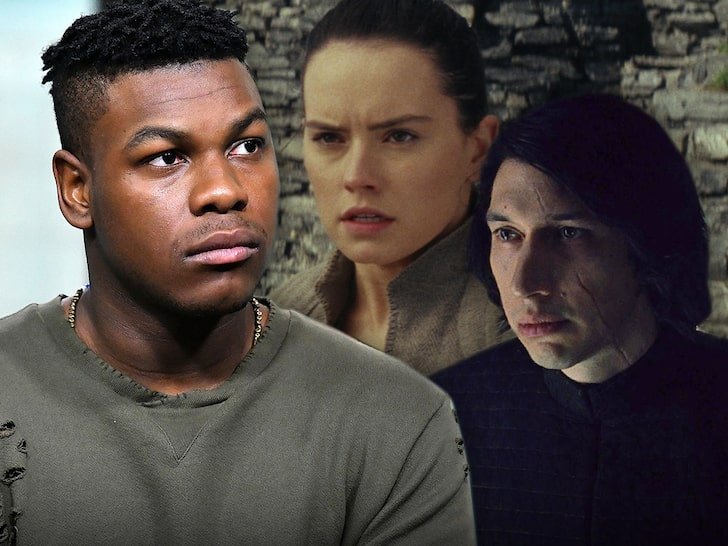 John Boyega is leaving 2019 in a blaze of glory … defending himself to the death after he was accused of being sexist over a joke he cracked about his female costar, Daisy Ridley.

The ‘Star Wars’ actor responded to a ton of mega fans Tuesday after a screenshot of a comment he recently left on someone’s Instagram post went viral — which shows him saying, “it’s not about who she kisses but who eventually lays the pipe. You are a genius.”

His comment was in response to some rando who made light of the fact John’s character, Finn, doesn’t get the girl at the end of ‘Rise of Skywalker.’ If you haven’t seen it, this is a spoiler … Rey kisses/falls for Kylo Ren and Finn’s apparent love for her goes unrequited.

After his pipe joke, JB got blown up (metaphorically speaking) on Twitter, with people calling him misogynistic, sexist and bitter over Finn’s fate and the end of the franchise. He’s been hitting back, though, making fun of everyone who’s taking it so damn seriously. 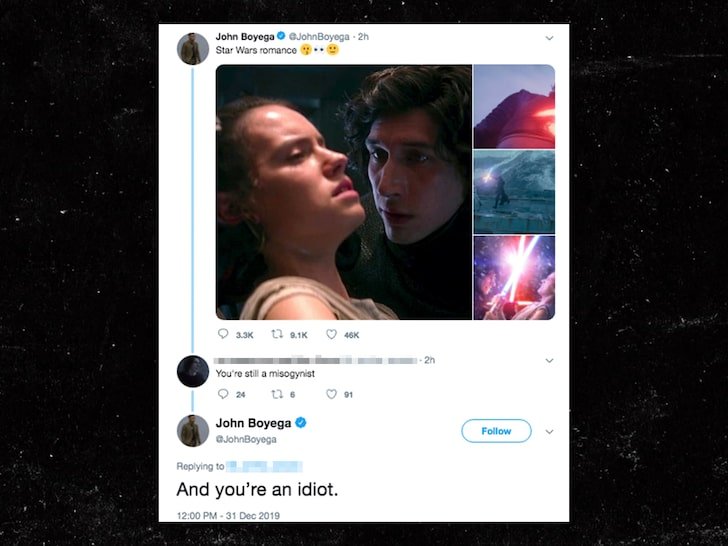 He even put up a meme mocking Rey and Kylo Ren’s “romance,” which mostly shows them fighting and Rey in complete distress. It appears to be in good fun, but folks are still coming for him over what many perceive to be a remark made in bad taste and harmful. 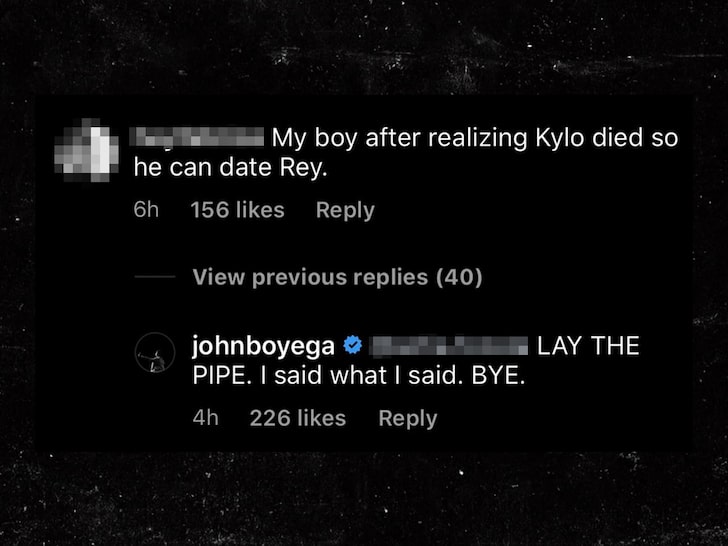 Still, he kinda doubled down on his pipe line, but later suggested he was just talking about the characters in a joking manner, and didn’t mean for it to translate to real life. In response to one user, he wrote … “i was talking about Rey from Star Wars. When did I speak about women in general? Where did I even mention holes? … Bye now.”

In a world full of John Boyega, be an Adam Driver. pic.twitter.com/KWXwr7sHlg

People have noted John doesn’t have any more ‘Star Wars’ obligations, and that might be why he’s speaking so freely. Either way … the guy obviously doesn’t care about Reylo shippers, or those easily offended as the decade comes to an end.

Let ’em have it, John. The sassy comebacks, that is. 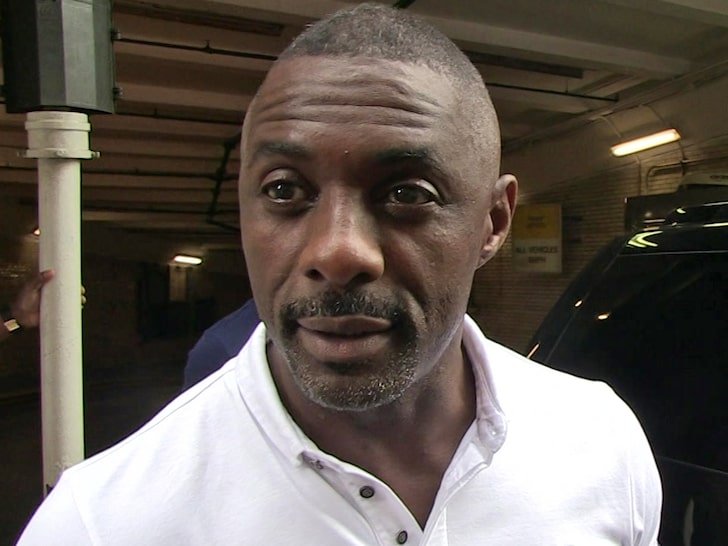