John McCain‘s wife gracefully shut down Senator Lindsey Graham‘s assertion McCain would have grown to like Donald Trump if the two had spent more time together.

We caught up with Cindy McCain Monday at Reagan National Airport … and she politely disagreed with Graham that her husband and the Prez could have mended fences.

Graham raised eyebrows in D.C. when he told the AP, “I regret that (McCain) didn’t have more time with President Trump. Who knows what would have happened over time?”

Lindsey felt if John was able to forgive his captors in the Vietnam War, he could patch things up with Trump.

Cindy’s not buying it. She says John is at peace with his actions.

You’ll recall … McCain took a parting shot at Trump before he died, and made clear the President was not welcome at his funeral.

Trump wasn’t trying to buddy up to McCain either … 45 pissed off A LOT of people when he didn’t keep the White House’s American flag at half-staff until McCain was buried and Trump refused to acknowledge the late senator in front of reporters the day he died.

Cheryl lined-up to replace Jennifer Hudson on The Voice by Will.i.am 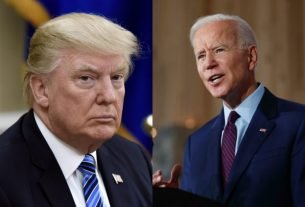