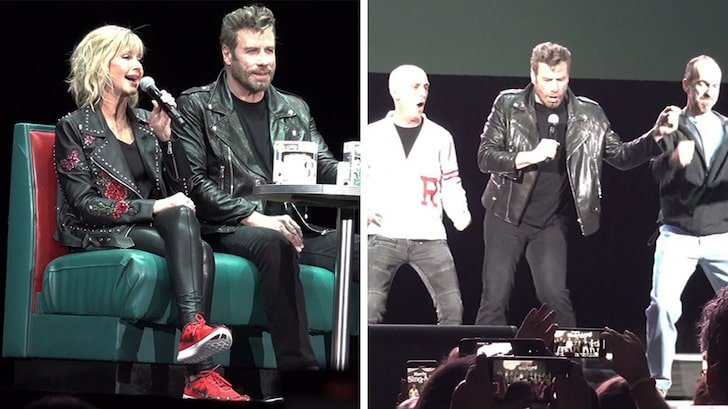 John Travolta and Olivia Newton-John gave a bunch of fans an evening that will trigger jealous rages across the country … a “Grease” revival!!!

Olivia and John were front and center Friday night at the Meet n’ Grease Sing-Along at the Coral Sky Amphitheater in West Palm Beach, Florida.

They recreated their iconic characters, Danny Zuko and Sandy Olsson.  And they both really look good, and sound really good.

So check out the video … 71-year-old Olivia sings “Hopelessly Devoted to You,” and John sings “Sandy,” and then joins the male chorus in “Greased Lightenin’.”

Olivia, as you know, has struggled in her battle with cancer, and she’s always said John has been there for her during tough times.

In case you didn’t know … the flick came out in 1978 and became the highest-grossing musical film of its time.  The soundtrack ended up as the #2 selling album in ’78.  And in case you’re wondering what was #1 — “Saturday Night Fever.”  Yeah, Travolta had a good year.