Daily Star Online revealed in October how the Ex On The Beach bad boy’s ex Paula Manzanal  was expecting her first child, though Jordan was unsure he was the father.

In WhatsApp messages between the former couple, Jordan accused Paula of trapping him and claimed that he only told her not to “abort the baby” due to the fact his “head was all over.”

On August 24, 2018, Paula wrote: “Ok so now do you remember when we were in Mallorca and you asked me ‘please don’t abort’ because you wanted to keep the baby so badly?”

Now we can reveal that Paula has undertaken a DNA test.

Chatting to Daily Star Online, Paula said: “I did it with his father, Mr David Cartwright.

“All his family supports me and loves Valentino unconditionally.

“I asked Jordan many times if he wanted a DNA test, but he refused to do anything about it.

“I won’t force him to love our son, but I will make sure my baby gets the rights he deserves.”

A rep for Jordan Davies disputed Paula’s claim and said: “We are patiently waiting for the test swabs to arrive to do the test.”

SHOCK: Jordan appears to confirm he did want Paula to keep the child (Pic: DAILY STAR)

DOCUMENTS: Jordan’s dad has been confirmed as a biological match (Pic: SUPPLIED)

After Paula reached out to Jordan’s dad, David, he agreed to send DNA samples to Peru in the form of nail clippings, a toothbrush, a saliva swab and his hair.

Medical documents seen by Daily Star Online and confirmed by both Paula and David show that there is a 99% chance Valentino’s grandfather is Jordan’s dad.

Speaking to Daily Star Online, David, who is now based in Australia, said: “I am of the opinion that every child has an entitlement to know who their father is and this is the only reason I provided my DNA.

“Whilst Jordan and myself have been estranged since 2005 for family reasons at no time have I ever not recognised him as my son.

“I recognise him [Valentino] as my grandson.

DETERMINED: David wants a relationship with his grandson (Pic: SUPPLIED)

“My father, in my absence, was a huge role model in Jordan’s life and I wish to achieve the level of relationship with Valentino that my father had with Jordan.

“I have solely undertaken [the DNA test] for the benefit of my grandson.”

Alongside a snap of them kissing, the Welsh playboy wrote: “I’ve had a crazy 2018… from DJing all over the world in so many different venues and countries to filming numerous TV shows like Weekender Boat Party, Ibiza Weekender and many more, to finishing off the year with panto.”

Confirming his loved-up status, Jordan added: “But the best part of 2018 was meeting this girl.

“She’s stuck by me and kept me strong through everything.

The Daily Star online have contacted representatives for Jordon to ask about the fact that a DNA test has shown his father (David) is the Valentino’s biological grandfather. At the time of writing we have not received a response. 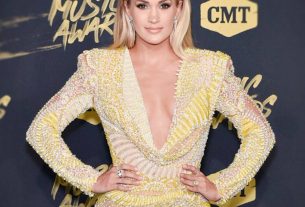 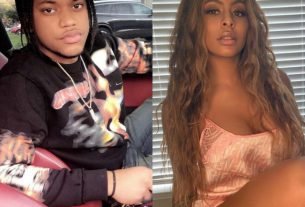