Katie Price grabbed the nation’s attention by gracing Page 3 in national newspapers back in 1996.

She has since gone on to own her own businesses, publish books and become a mother to five children.

But Katie, formerly known as Jordan, has proved she’s still sexy as ever with her latest seductive photo shoot.

Stripping it back, Peter Andre’s ex posed up a storm while rolling around on top of a Jeep.

The photoshoot for her new summer collection with JYY London showcased herself wearing some of the pieces, including a 100% see-through long sleeved top.

The 40-year-old didn’t hold back as she pushed her famous surgically enhanced breasts out.

But Katie seemed unbothered as she poured out of her khaki green bikini top from all angles.

Showing off sideboob and underboob, cheeky Katie proceeded to roll around on her back.

To finish off the look, she rocked some seriously short denim shorts which clung tightly to her rear.

As she moved around to change positions Katie placed her hand over her privates to protect her modesty in the teeny outfit.

Throwing it back to her blonde days, the bombshell wore her long golden locks tousled down her curvy frame.

But Katie’s not the only blonde goddess in her mansion now after she hired a 19-year-old nanny who looks like a model herself. 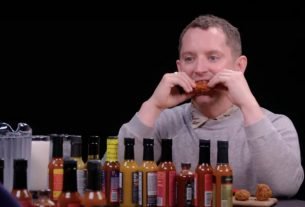 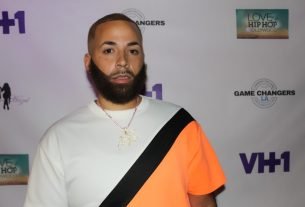 Antonio Velaz from Love and Hip Hop to Music Mogul