Jussie Smollett might have gotten the idea to stage his own attack after Lee Daniels ﻿talked about his cousin getting assaulted because he’s gay … at least that’s what some members of the “Empire” cast think.

Sources close to the “Empire” production tell TMZ … some cast members think Jussie’s gears started grinding in his head days after Lee posted a video on Instagram on January 10 calling out homophobia. In that same post, the “Empire” creator captioned it, “This past week my cousin was beat up for being gay and I am sick of hearing these stories.”

Our sources say Lee then showed up to the set and shared more about the story. Everyone was visibly upset that Lee’s family had gone through this horrific ordeal. The sources now say this might have been where Jussie got the idea to take matters into his own hands … and become an LGBT hero.

The Chicago PD Superintendent says Jussie’s motive was money — he felt he was underpaid on the show. Interesting … because Lee Daniels is the guy in charge of the cash register.

As you know by now … cops say Jussie’s “attack” was a hoax and allege the actor paid 2 Nigerian brothers $ 3,500 with a personal check. Jussie’s been charged with felony disorderly conduct for filing a false police report.

Jussie — who faces up to 3 years behind bars — has already been wiped from the end of the current season. 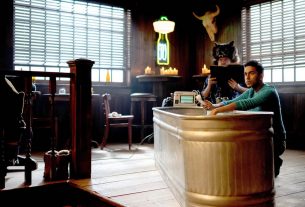