The  following is adapted from For Promotional Use Only: A Catalogue of Hollywood Movie Swag and Promo Merch from 1975-2005, a new book from film-world darlings A24, out today. The release tees up an online charity auction, starting November 4th, featuring most of the goods—a Twister necktie, Wilson the volleyball—from the book. With enough patience and disposable income, the cardigan given to members of the production of Kindergarten Cop can be yours.

The ritzy film premiere—searchlights and red carpets, glittering stars before a step-and-repeat—now appears like an ancient ritual. Where once Hollywood’s studios

took out all the stops for several films a season, today’s tentpole opening night events scarcely warrant mention beyond a passing tweet or post. And in the last quarter-century, the fountain of promotional freebies once showered upon reporters, crewmembers, movie theater workers, and audiences has slowed to a drip.

After gathering dust in studio storerooms, these objets d’art—Austin Powers teeth and Cast Away volleyballs—have reemerged as relics of a bygone era, the big game coveted by a very particular kind of collector. Could the creative teams at Warner Bros. or Columbia Pictures have anticipated that their press lounge goodie bags would one day attain the status of totemic artifacts?

To understand the rise, decline, and revival of these once-ubiquitous promo wares, it’s useful to hear from the veteran public relations machers and studio marketing executives who oversaw their rich history.

The Shark That Changed Everything

In the 1970s, as New Hollywood gave way to the dawn of the blockbuster era, Universal Pictures tapped Steve Ellman to liaise between the studio, their exhibitors, and the press. Eventually Ellman was asked to form the first Exhibitor Relations team, a department that is now a fixture of most major studios.

Ellman arrived at Universal in 1974 and made the first big splash of his career by conceiving of marketing ploys for Jaws. That 1975 production has since been enshrined as the first bona fide “summer blockbuster” and its impact forever changed the way studios greenlight, release, and

subsequently promote their tentpole films. Under Ellman’s guidance, Universal expanded beyond print ads and radio spots and onto the bodies of its audiences, shilling everything from T-shirts, towels, and beach bags to a shark-shaped pencil holder.

Steve Ellman (VP, Exhibitor Relations at Universal Pictures from 1974–2005): Jaws came out in June, and right before the release there was a sighting of two great white sharks off the coast of California. I remember an executive at a rival studio accused me of dropping them in there somehow. From then on, Universal and I made sure Steve Spielberg always had something going.

You want to make the studio happy, you want to make the press happy, and you really want to get people interested. My job was to make sure those people were taken care of. We used to give things to the press: they would walk right in and get a jacket or a hat. And it was understood that they’d take these things home, they’d give them to their kids, or they’d trade.

Mimi Slavin (SVP, Promotions at Warner Bros. from 1996–2008): As soon as a movie was greenlit—a family film—we started pitching it. Family-friendly films are promotional-friendly, and with a tentpole release the expectation was always a McDonald’s or General Mills tie-in. That’s considered the holy grail.

Kirk Iwanowksi (EVP, Marketing at Sundance Channel from 1997–2008): Studios saw this need to create more consumer touchpoints around the release. It wasn’t just about driving momentum into opening weekend, it was about creating opportunities for audiences to engage with that content. That meant licensing deals, strategic partnerships, and promotional deals.

Slavin: The original Space Jam was really pushed forward by consumer products: they needed new news about the Looney Toons in order to continue to monetize them. And our biggest challenge was creating something that wasn’t going to be a conflict with those consumer products.

I did a tie-in with Hostess for Minions, and as much as everyone thinks Twinkies are disgusting, you wouldn’t believe how many people were reaching for the Twinkies on the table that were dressed as Minions.

You have to ask the question: “What effect does this [merchandising] spend have on the box office? Does sending a cute kit full of goodies help you get press?” It probably helps you get attention, but at the end of the day, your movie has to work no matter what they send the press.

Marketing insiders aren’t immune to the charms of the various promotional ephemera made to woo journalists and the moviegoing public.

Donald Buckley (SVP, Interactive Marketing at Warner Bros. from 1990–2008): I worked on The Iron Giant, and the director, Brad Bird, was so grateful to us all for the passion that we brought. I still have the Iron Giant figure he gave me: it’s a mechanical bank, it’s in the shape of the Giant, and everybody loves it.

Slavin: It could be the stupidest little thing, but it made you feel good. The funniest one ever was for There’s Something About Mary. They had these toy dogs in casts, and I remember thinking that this was the funniest promotional item: the cast of a small dog. Just a wacky, weird thing to make.

Buckley: I came across a stash of all kinds of Harry Potter and Dark Knight stuff that I had forgotten I had, including a Harry Potter pocket watch, in its case, never opened. I think it’s selling for $500–600 on eBay today. That’s the novelty of the item itself: the rarity. It’s not mass produced, it’s a totem of exclusivity.

Iwanowksi: There’s something about film, regardless of where you’re seeing it, that’s fully engrossing—and yet it’s fleeting. You’re totally absorbed into a moment in time, and then it’s over. When you have a piece of memorabilia or merchandise, it allows you to stay physically connected to that experience. Part of it is nostalgia, but it’s also tangible. And if you’re putting it on your back or your head, you’re telling the world something about you.

Slavin: I still have a killer rain jacket from The Perfect Storm! And this Shrek figurine—it was a gift from DreamWorks for my one-year anniversary with the company. I used to keep it on my desk, now I keep it in the bathroom—but it makes me smile every time I see it.

It Was Anarchy, But It Was Fun

As dial-up internet brought millions of households online in the mid ’90s, a new generation of marketing executives rose to prominence in this digital space. Donald Buckley spent more than two decades in marketing at Warner Bros., developing unique campaigns for films like Space Jam and Mars Attacks! His earliest days at the studio toed a line between analog and digital: 25 years after its launch, the website for Space Jam that Buckley oversaw is still readily accessible, preserved in digital amber as the clear delineator between one era and another.

Buckley: In the ’90s, every studio had someone like me who was fooling around with the internet, and we’ve all remained kind of close. It was anarchy, but it was fun! Back then, it took two or three years for the studio to figure out what we were up to. We were regarded as errant little children, so nobody cared what we did until we asked for money.

There have been times when I told myself, I’m not talking about the Space Jam website anymore, because it negates everything I’ve ever accomplished in life. My daughter disagrees with me. She believes it’s iconic.

Iwanowksi: Theatrical distribution and marketing has evolved as the distribution landscape has changed. It’s become more fragmented because our behavior has shifted. And the times on those merchandising deals can be really challenging for studios, which is why digital has become so much more appealing.

Dick Lippin (Veteran public relations advisor): Reinventing is a very important part of what the future is going to be like. Today, the people in senior positions are evaluating what the cost is versus what the return is. I don’t think the amount of money studios spend on major promotional items is going to be anywhere near where it was pre-pandemic.

Buckley: When I was working on Twin Peaks: The Return at Showtime, we set up a reasonable facsimile of the diner and we gave away donuts, and we had some of the stars of the show walking around. We invited people to tweet their photos, it was an intersection of the physical with the digital.

An Archaeology of Swag

In their own way, publicists have become the de facto archivists for these increasingly rare objects.

Buckley: My good friend Bettina Sherrick, who is with Warner Bros. now, started a nonprofit called Hollywood in Pixels, and their mission is to preserve all of the early internet activity undertaken by that core group, which I was part of. Bettina’s organization has done a phenomenal job of asking us to scour our file cabinets and storage boxes and send her all manner of drives to help preserve all of the early efforts.

Slavin: In the glory days, when they would do big premieres, they would have gift bags for the press. I remember going to the premiere for Legally Blonde [in 2001], and they had the most killer gift bags: hair-care products, nail polish, it was so cool. I think that was the last movie premiere that I went to that had a traditional gift bag. Those used to be my favorite part—and then slowly the gift bags were only for VIPs. Then there were no gift bags, there was nothing handed out.

Lippin: Do I have a wonderful collection of jackets, posters, memorabilia? Absolutely. They’re the kinds of things that will stand the test of time. I wish there were more of it, because it’s part of the DNA of our industry, and it was for a very long time, and it would be terrible if it disappeared. 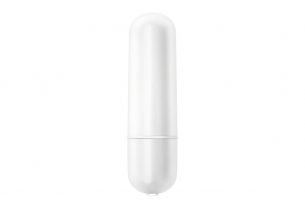 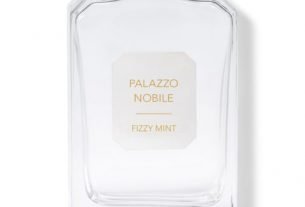 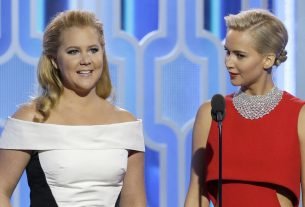