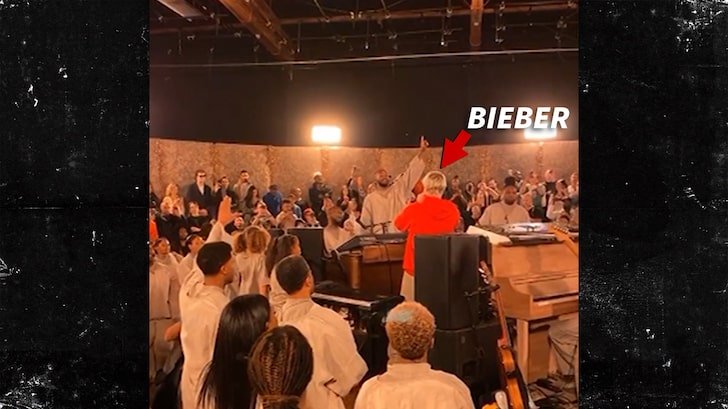 Kanye West has linked up with another A-list celeb who’s just as religious as he is … one Justin Bieber, who put his talents to good use at Sunday Service.

The Biebs was a special guest this weekend at Kanye’s latest gathering, which appears to have migrated indoors after almost a full year of outdoor get-togethers. At one point, Kim filmed Justin giving the crowd a taste of his crooning voice … they loved it.

Sounds like Justin’s singing the opening lines to Marvin Sapp‘s gospel hit, “Never Would Have Made It,” which was actually remixed by Teyana Taylor on her album that Ye produced.

Anyway, it’s pretty interesting … Justin and Ye are definitely the pillars of Christianity and faith these days when it comes to the mainstream music scene, so you would’ve figured it was just a matter of time before they met up in a creative setting like this.