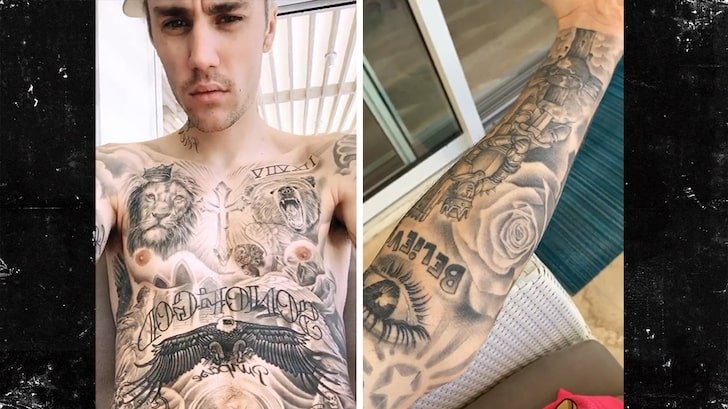 Justin Bieber‘s showing off the countless hours of artwork he’s accumulated — all over his body — in a series of up-close and personal vids.

Bieber just shared the tattoo shots while chillin’ poolside with his shirt off … revealing his ink starting from his colorful Crocs and working his way up his legs to his torso covered in majestic animal art.

He pays extra attention to his arms, flaunting a “Make Em Pay” tat with a couple of six-shooters … along with some religious symbols and other messages.

JB ends his full-body tour with a focus on JC — the Jesus tattoo on his left calf.

Interestingly — Bieber’s extreme closeups don’t include a good look at the tat he got earlier this month — a giant bird plastered on the side of his neck … but he does give a quick glimpse of the new piece.

Still, with 2019 coming to a close … it looks like Kylie Jenner’s not the only one getting in one last thirst trap.

The Game Calls For Peace During Nipsey Hussle Memorial Services