Kanye West Sued You Got Wrong Mom's OK To Use 'Ultralight' Prayer Audio!!!

Kanye West had good intentions when he asked a mom for permission to sample a viral clip of her daughter praying — the only problem is … he asked the wrong mom, according to a lawsuit.

Andrew and Shirley Green say they are the legal guardians of the little girl, Natalie, whose voice you hear in the opening seconds of Kanye’s track, “Ultralight Beam.” The audio was taken from a viral video of Natalie excitedly reciting a prayer when she was 4.

However, in docs obtained by TMZ, the Greens say they adopted Natalie in December 2012 — but Kanye’s team reached out to Natalie’s biological mom, Alice Johnson, to get permission to use Natalie’s voice. The Greens say Alice has no legal right to give Kanye the green light.

What’s more … the Greens say Kanye’s team was supposed to send a written license agreement and payment to Alice, but never did.

The Greens are suing Ye to get a slice of his profits from ‘Ultralight’ — featured on his ‘Life of Pablo’ album — and other damages.

We’ve reached out to Kanye’s team for comment, so far no word back. 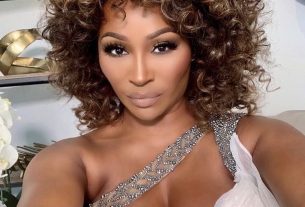