The I Have Nothing legend – who openly struggled with drug addiction – was found dead in a hotel bathroom in 2012 aged 48.

The photo was originally published by the National Enquirer, just six years before Whitney’s death from accidental drowning.

Pusha T – born Terrence LeVarr – claimed on The Angie Martinez Show that Kanye rang him in the early hours to say that he had bought the artwork, and it came with a hefty price tag.

However, many music fans think Kanye has gone way too far this time with the “distasteful” shot.

CONTROVERSY: Kanye has angered his fanbase with a photo used for Pusha T’s album cover

“To do something for a publicity stunt to sell records, it’s absolutely disgusting. It hurt my family and my daughter. It’s petty. It’s tacky”

“You should not have used that cover! How dare you disrespect the queen in that way! Officially lost me as a fan!” one blasted.

“Damn, you’ve really turned into a Kardashian, seeking attention in any way you can. That picture is total disrespect to Whitney and Bobbi Kristina – let her rest in peace! Imagine how you would feel if it was your mum’s death scene?” another fan raged.

And a third asked: “Why didn’t you use a pic of the room Kim and Ray J were in?”

Whitney’s cousin Damon Elliott criticised the father-of-three’s choice to use the picture and said he felt “sick to his stomach”.

“To do something for a publicity stunt to sell records, it’s absolutely disgusting. It hurt my family and my daughter. It’s petty. It’s tacky.”

This is just the latest comment to leave Kanye’s fanbase seething.

Earlier this month, Kanye made disturbing comments about slavery during an interview with TMZ, and concluded it must have been a “choice”.

“When you hear about slavery for 400 years…for 400 years? That sounds like a choice,” he said.

“You were there for 400 years and it’s all of you. It’s like we’re mentally imprisoned.” 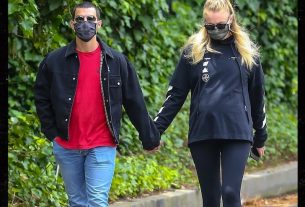