The former Eastenders cast member sparked engagement rumours after showing off a huge rock on her engagement finger back in March.

And the Strictly Come Dancing was sure to turn heads once more as she headed to the premiere of The Festival at Cineworld in Leicester Square on Monday night.

Flanked by her doctor boyfriend Marius Jensen, Kara wowed as she rocked a vibrant pink and purple dress.

Further adding to the glamour, Kara Tointon pulled her hair back into a chic up-do, which showed off her bedazzled dangly earrings.

Complementing her outfit, Kara opted for a dusky pink on her plump pout and she also sported a metallic blush on her striking peepers.

The 35-year-old was at the premiere to show her support to her younger sister Hannah Tointon, 30.

Hannah’s fiancé The Inbetweeners star Joe Thomas, 34, takes the leading role in the movie The Festival.

Joe plays dumped University graduate Nick, who jets off to a music event to mend his broken heart.

Much like his turn in The Inbetweeners, Joe strips off on many occasions in the film in the name of comedy.

In an interview with The Sun, Joe revealed that he wasn’t allowing his parents to watch some of the scenes in the film as they were too rude.

THE INBETWEENERS: Hannah Tointon and Joe Thomas met on set

He said: “I can’t watch this film with them.

“I usually finish a project with a sense of pride and that’s the feeling I have when I talk to other people, but then there’s this feeling, ‘I’m having sex in a car’, and I just don’t think they want to see that.” 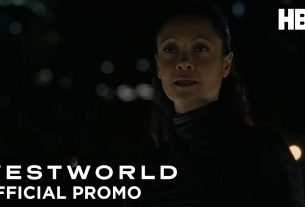