Kate Hudson‘s catching some flak for dressing up as a follower of Bhagwan Rajneesh – the cult leader in the Netflix docuseries, “Wild Wild Country” — but one of his former disciples LOVES it.

We talked to Philip Toelkes — who used to go by Swami Prem Niren when he served as the top attorney for the controversial Rajneeshpuram in the ’80s — and he tells us Kate and her friends were well within their rights to celebrate the group.

Kate faced backlash online after posting the pic, apparently at a Halloween party, because some people felt she was glorifying the “cult.”

Let’s face it … Rajneeshees will be a hit Halloween costume this year — with the popularity of the Netflix series — and Phil says he’s totally on board with that. He also thinks Bhagwan — aka Osho — would be too, as long as it’s respectful.

Phil also took aim at the haters, who say the Rajneeshees almost ruined a way of life for many Oregonians, saying they never understood their movement.

On the other hand, the mayor of Antelope, OR — which had been overrun by the Rajneeshees — tells us, “They plotted to assassinate someone. How friendly would others be if [someone] dressed up as a terrorist for Halloween?”

As for the fake gun one of Kate’s pals flashed, Phil says it’s not far off from the truth. He says the Rajneeshees were well-armed and ready to protect themselves in those days. 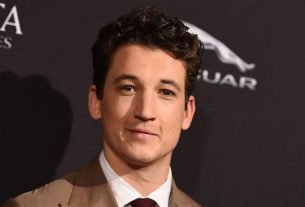