The Duchess of Cambridge turned heads today when she arrived in a gorgeous green Dolce and Gabbana dress.

Mum-of-three Kate Middleton previously wore the beautiful designer gown when she visited Canada back in 2016.

She teamed the look with Asprey’s Woodland Oak Leaf earrings, which are selling for more than thousands of pounds on the website.

Kate, 37, gave a huge wave to the waiting crowds – before sitting next to Meghan Markle – in the short-sleeved Dolce and Gabbana dress with gold buttons.

The Duchess is the royal patrol of the All England Lawn Tennis and Croquet Club, which hosts Wimbledon.

She arrived today ahead of her sister-in-law Meghan, who is sitting next to her in the royal box.

Today marks the second time the Duchesses have watched the Ladies’ Singles Final together.

In 2018, Meghan and Kate headed out to watch Angelique Kerber and Serena Williams play in Wimbledon.

Meanwhile, Meghan took out her son Archie out for his first public appearance.

Adorable photos show the 37-year-old holding her eight-week-old baby at the polo.

William and Harry were playing against each other in the game honouring the late Leicester City owner Vichai Srivaddhanaprabha.

Breaking Down Intermittent Fasting: Just Because It Works For These Celebs Doesn’t Mean It Will For You (and That’s OK) 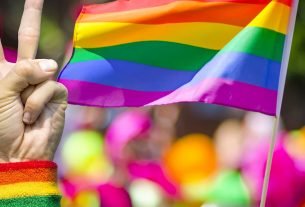 Lisa snowdon is stunning in swimwear collection for over-45s