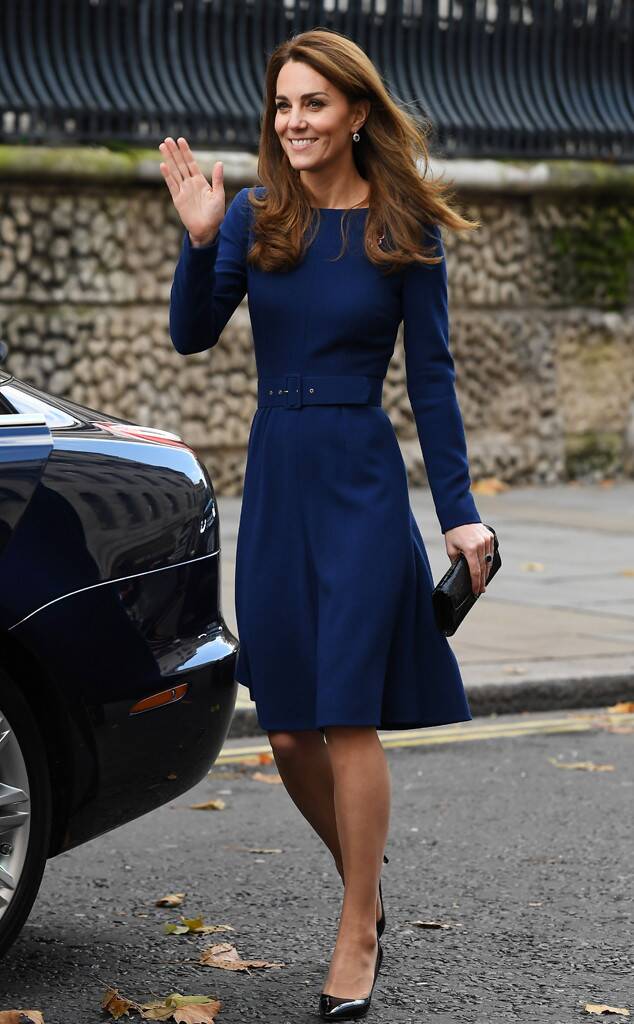 Another day, another style slay for Kate Middleton.

On Thursday, the Duchess of Cambridge stepped out in a stunning sapphire dress to attend the launch of the National Emergencies Trust in London, a new organization that aims to provide emergency responses for national disasters in the U.K. Much to royal watchers’ surprise, Kate’s appearance was actually some what of a last-minute decision. Prince William was set to attend the event solo, but the mom of three was added to the schedule earlier this week.

Keeping her reputation of being effortlessly elegant, Kate wore a belted long-sleeve dress from British brand Emilia Wickstead. She styled the sophisticated piece with black patent Gianvito Rossi pumps and a matching crocodile clutch from Aspinal of London.

Staying on theme with her royal blue dress, Kate opted for sapphire earrings to complete the look. Look familiar? They actually once belonged to Princess Diana! The late royal had been photographed donning the earrings several times in the ‘80s and ‘90s, and like Kate, loved to pair them with the blue dresses she wore.

Kate’s subtle tribute to her late mother-in-law was a gift from her husband. Back in 2011, the Duke of Cambridge gave his wife jewelry from his mother’s famous collection ahead of their wedding. The sapphire stone and diamond border matches Kate’s engagement ring, which also belonged to Diana.

While at Thursday’s event, the Duke and Duchess were introduced to victims of recent disasters, including the Westminster Bridge terrorist attack and the Grenfell Tower blaze. Addressing the tragedies in his speech, William offered his continued support to the victims and applauded the first responders for their efforts.

“We all know the important role that the Disasters Emergency Committee plays in channeling the British public’s extraordinary generosity to respond to disasters overseas,” he said. “It is therefore only fitting that a new, national charity is able to fulfill the same function when tragedy strikes at home.”

“It has been humbling to speak to survivors of the London Bridge and Manchester attacks, the Cumbria floods, the Grenfell Tower fire and other disasters here in the UK,” he continued. “Their stories are as heart-breaking as they are inspiring. Their resilience and strength are deeply humbling.” 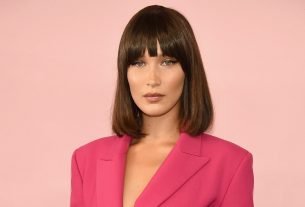 Nordstrom Anniversary Sale 2019: Your Guide to the Best Deals