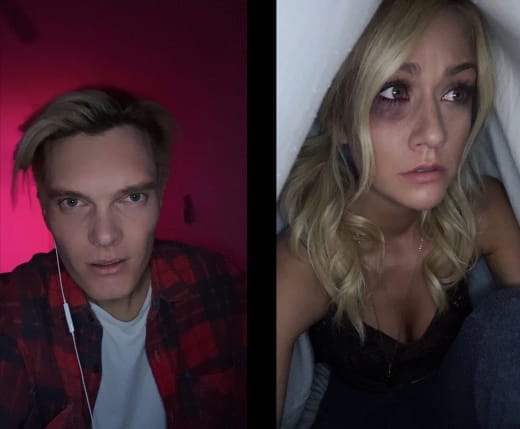 Two stars of Shadowhunters reunite for one of the most comical movies you’ll see this year, and it premieres on VOD on Saturday.

Untitled Horror Movie follows a group of actors who are surprised to find their show on the brink of cancellation, so they set out on a mission to create their own horror movie.

We got the chance to catch up with them with Baines and McNamara ahead of the movie launch.

Baines co-wrote the movie with Nick Simon, with Baines saying they get along because his co-writer does not take himself too seriously.

“I had this idea for a horror film about a pendulum. I’d been out and wandering around Los Angeles, and there was a woman who had a pendulum, and she was trying to decide what sort of bread to buy,” Baines shared of how the movie became a reality. 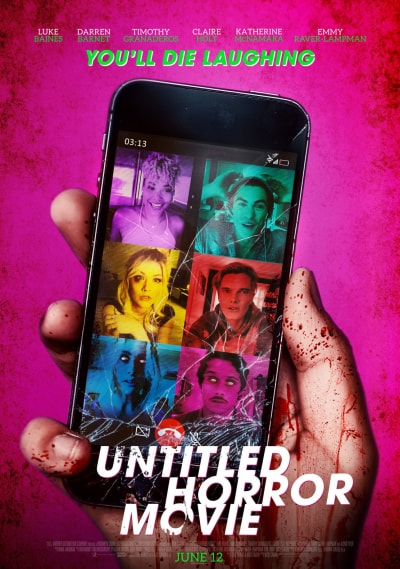 He approached Nick, who was adamant about not writing it as a script they were going to make down the line, and instead, they were to go ahead and make the movie.

Many of the actors were not at work due to COVID-19 shutdowns. Baines contacted his friends to get them on board with the movie produced as a zoom-like movie.

Baines said that he and Nick wrote the first draft of the script in around a week, but the project adapted from there.

McNamara was happy about getting to work with Luke and Nick, who she had been friends with for years.

The actress said she received a call saying they wrote a movie and that she would be a part of it. 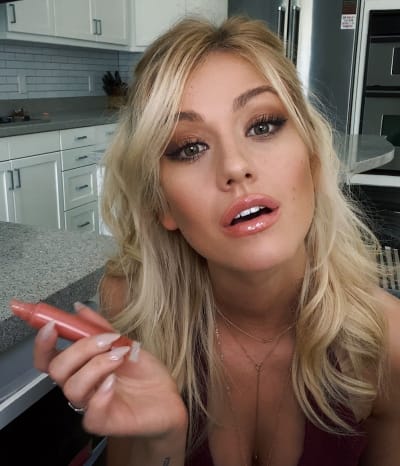 “They really didn’t give me much of a choice in the matter, but I wasn’t happy to be a part of that,” she laughed.

“We’re at a place in the year where we’d all been so starved for not only social interaction, but just any kind of creative outlet that felt productive in a way,” McNamara shared.

“It was the perfect opportunity to experiment” and try out different ways of making movies.

“Chrissy is, I think, the most well-intentioned but uninformed,” Katherine said of her character.

“She is so dedicated to her career. She’s not playing; she’s a bit more image-obsessed than probably is healthy.” 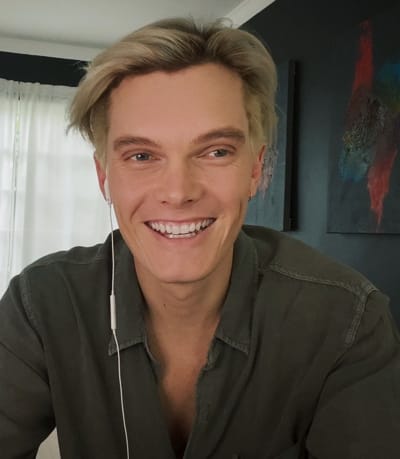 “But that comes with the territory of, you know, the role she’s been playing for years and the way that she looks at her career.

“But what’s interesting is because Christie commits a hundred percent, she ends up suffering a lot of consequences of the unwitting, supernatural elements that come into play.”

“It was a lot of fun to really dive in and play a kind of character that’s very different from myself in a lot of ways, but also someone who’s really fun to step into their shoes.

Baines plays Declan, who the actor describes as a “bit of a troublemaker.”

“He’s a pot-stirrer. It’s the nicest way to put that. He definitely likes to cause some trouble and have some fun.” 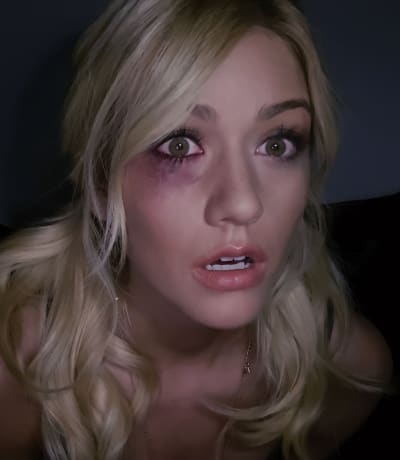 “He is very much the kind of person who fell into acting. “He didn’t dream about being an actor as a kid; he kind of fell into it.”

“It’s a lot, like a lot of people I’ve worked with over the years, being on various different sets and having conversations with people who never really chose to be an actor, they just kind of fell into it,” Luke continued.

The stars were also excited to work together again, coming off Freeform’s Shadowhunters.

“It was fabulous,” said McNamara.

“That’s the special thing about the shadow fam, you know. I did a movie with Matt Daddario last year, and then doing this one as well, when you’ve worked with someone so closely for so long, it’s just a dream to go back,” she shared. 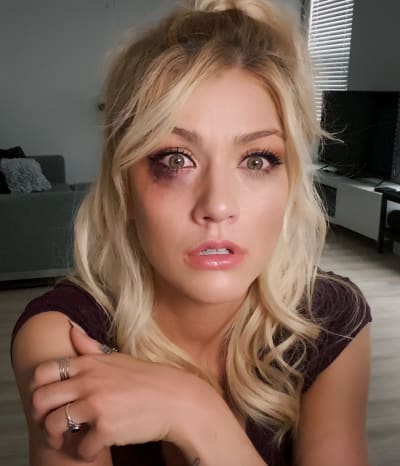 “There’s a shorthand and then inherent trust there that it just makes the working experience so wonderful. It makes it really special,” McNamara concluded.

“Working with Kat is like reuniting on a dance number,” Baines said of working with his former co-star.

“We know how to get what we need. There’s also obviously a level of trust from having worked together and knowing each other for so many years,” he added.

“Doing any of the stunt stuff with somebody else would just never would have happened, but being able to talk through everything with her and know each other was invaluable.” 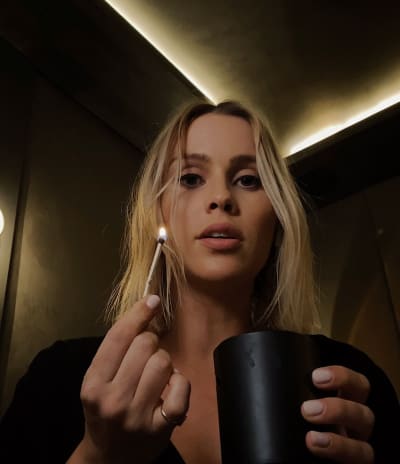 “It was a really hard time, obviously for so many because the world was in a massive state of flux and, you know, people were losing their lives,” Baines said of shooting the movie.

“There were riots going on. There was protesting going on. It was a really crazy time to be in the world,” he shared.

“There were times where it felt like truly absurd to be shooting this comedy horror in the middle of all of that. But there were most of the time it was; it was my saving grace,” he added.

McNamara shed some light on what goes into making a screen-based movie.

“We’re all on zoom together. And we were able to actually be doing the scenes live with there without the sound being compromised,” McNamara said, thanking the various devices that allowed them to do that. 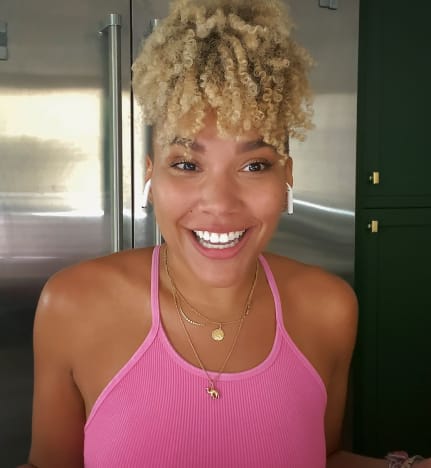 “And that was really helpful because a lot of the movie relies on that kind of answer and the back and forth between the characters. So we’re still able to take advantage of that.”

“I think it will be very immersive, especially since so many of us have become now accustomed to interactions on video and FaceTime and sort of a more remote method of communicating and connecting with people.”

“I miss being on set, and I miss being able to be there, but this was a great way to get work when there was nothing else we could do,” she said of being a part of the project.

Baines was happy to have worked on a screen-based movie to help open the door for other filmmakers to do so.

“We basically just painted a roadmap for people to do it in that way and to shoot a film on their phones and, and make it something.”

Check out the full trailer below.

Looking Back On The 100: Michael Beach Shares His Approach To Pike, His Favorite Memories, and More!