The 16-year-old shared the snap to his 122K Instagram followers and heartbreakingly asked “Why do this to me?”

Trolls mocked up a picture of Harvey as ISIS schoolgirl Shamima Begum with the words, “Let me back you c****.”

The phrase is in reference to the time Harvey swore on live TV when doing an interview with his mum Katie Price.

Harvey shared the image on his own Instagram, which he created just weeks ago, with the caption: “Why do this to me.”

Horrified at the post, some Instagram users blasted Katie, 40, for allowing her son to have social media.

They encouraged her to shut-down Harvey’s Instagram account, after claiming “he is too mentally young to be on social media”.

Another commented: “This is wrong and so are you for letting him have an account.”

A third wrote: “He’s too young to be on social media and too vulnerable!!”

SLAMMED: Katie Price has been targeted by trolls who believe she should delete Harvey’s Insta (Pic: GETTY/PA)

CRUEL: Katie slammed trolls who made the meme of her son Harvey (Pic: INSTAGRAM/KATIEPRICE)

Others had Katie’s back, one said: “Why shouldn’t he have social media? Why should an innocent child have to go without because of sick individuals?”

A second hit back: “Harvey shouldn’t have to go without social media just because of trolls…”

Katie also furiously shared the image and called for the online abuse to be treated as a criminal offence.

She wrote: “This is why I need to get online abuse a criminal offence these people should be named and shamed saying stuff about my son Harvey Price.”

Fans quickly rushed to Harvey and Katie’s aid, sharing their disgust and support towards the pair.

TROLLED: Katie has been fighting to make it a criminal offence (Pic: GETTY)

One wrote: “How can people do this?,” followed by a sea of angry emojis.

Another said: “He’s an innocent child and people are doing this to him?”

A third said: “Harvey don’t let it get to you darling sometimes people make some very silly choices.”

Katie is currently fighting for Harvey’s Law, which she launched in response to the high number of abusive messages targeted at her son, who is blind, autistic and suffers from Prader–Willi syndrome.

More than 200,000 people signed a petition to make online trolling a criminal offence, including getting backing from MPs.

Mel B rushed to hospital with broken ribs and SEVERED hand 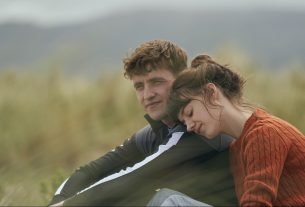