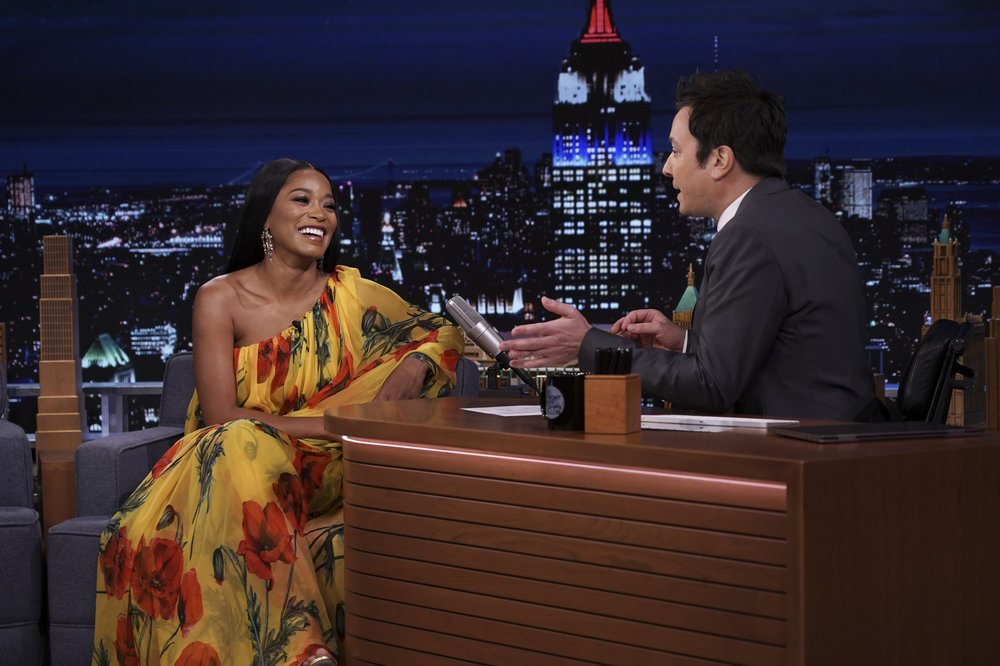 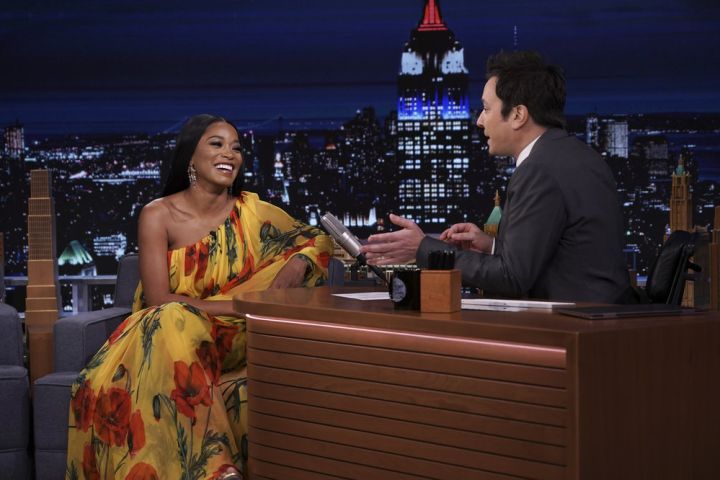 By Becca Longmire. 35 mins ago

Keke Palmer can add impressionist to her list of many talents.

The actress showed off her epic Cher and Shakira impressions as she chatted to Jimmy Fallon on Wednesday’s “Tonight Show”.

Palmer first did her Angela Bassett impression, before surprising Fallon by belting out incredible versions of Shakira’s 2001 smash hit “Whenever, Wherever” and Cher’s 1998 track “Believe”.

READ MORE: Keke Palmer Took A Chance On Whoopi Goldberg And Pitched For A Part In ‘Sister Act 3’

“Are you kidding me? You are phenomenal,” Fallon gushed. “That was unbelievable.”

Palmer also spoke to Fallon about her “fun” new show “Foodtastic”, which is an upcoming Disney+ series in which artists create larger-than-life sculptures made entirely of food.

“From vegetables and butter to fruit and cheese, these everyday items are transformed into works of art,” explains a synopsis for the series, with each episode rooted in a specific Disney property as the food-based builds become an extension of those worlds. 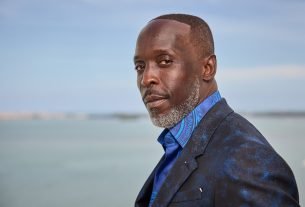