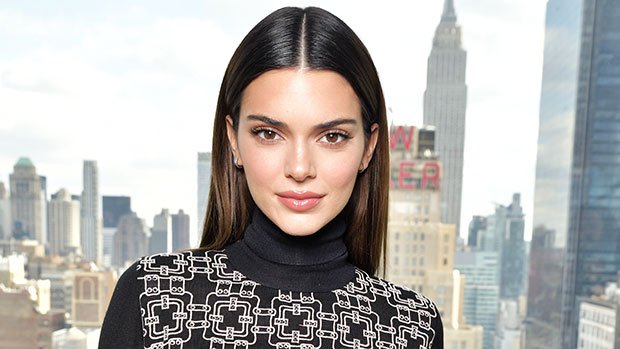 Kendall Jenner revealed that lockdown in LA has taken a toll on her mental health, sharing that her ‘bad days are not the greatest,’ and detailing how she gets through each day in a thoughtful new video.

May is Mental Health Awareness month and Kendall Jenner is using her platform to shed some light on her experience with her own mental health as she partners with The Mental Health Coalition for the “how are you really challenge” to combat the stigmas associated with mental illness. In an intimate video Kendall shared with The Mental Health Coalition, which you can see here, she explained how she’s been trying to take each day at a time. “For me, I have some really good days where I wake up in the morning and I’ll make a list of things that I want to get done — whether that be work or just around the house. And I’ll, kind of, be super productive.”

The 24-year-old model also shared how she’s been adding time outdoors to combat any negativity. She expressed enjoying “a nice, safe quarantine walk” outside in beautiful Los Angeles. On those days, Kendall shared that she feels “really good.” But there are some harder times. “The days that I don’t really have as much going on, I tend to get a bit anxious,” Kendall revealed. To calm herself, she shared that she’ll usually “read a book or meditate.” Even sitting outside has helped Kendall center herself during this unpredictable time. “I’m off and on, and I will say my bad days aren’t the greatest,” Kendall confessed. But like everyone else enduring quarantine and isolation, Kendall’s “trying to get through them” and “find my little remedies” to combat her anxiety.

Kendall opened up more about her struggles with mental health during a candid conversation with Good Morning America correspondent Michael Strahan on May 15. During their interview, Kendall revealed that she was “really, really young” when she first started experiencing physical symptoms of anxiety. “I remember feeling like I couldn’t breathe,” she shared of her panic attacks. After going to “a bunch of doctors to make sure I was ok physically,” no one told Kendall that what she was struggling with was anxiety. A few years ago, the model shared that her symptoms came back “completely full on,” which caused her pause. “I would have crazy panic attacks,” she revealed, before adding that she “finally got the information I needed” to begin her mental health journey.

As far as what the Keeping Up With The Kardashians star hopes to accomplish by being vulnerable and sharing this side of herself, Kendall hopes “for people to not feel as alone” as she did. Amid the ongoing lockdown, Kendall has found time to enjoy the outdoors with her friends and stay in touch with her family. But, as she noted, she’s taking the LA stay-at-home order each day at a time. According to the Anxiety and Depression Association of America, anxiety affects roughly 40 million adults in the United States age 18 and older, with only 36.9%  of the population receiving treatment.