Kendall Jenner was nowhere to be seen on the Kardashian Christmas Card 2018.

With the celebrity sisters’ children being the main focus of this year’s shoot, Kendall was sidelined, as she is the only Kardashian/Jenner sibling yet to have a child.

She jokingly made referenced to her exclusion on Twitter to her 27million follwowers.

Sharing the snap to her fans, Kendall wrote: “HA, well this is awkward.”

But it seems she took the snub in her stride, as she was in high spirits at Kim Kardashian’s Christmas Eve party.

And despite not making the cut for the card, she definitely stole the show at Kim Kardashian’s annual Christmas bash.

Kendall, 22, looked every inch the top model as she headed to the shindig in a bold neon number.

The brunette bombshell looked sensational in an acid-green dress, which skimmed over her statuesque frame.

Kendall’s stunning frock featured an elegant off-the-shoulder detail, which showed off her décolletage.

The gorgeous gal tied her hair back into a chic half-up/half-down style, and added a signature Kardashian contour to her striking features.

Judging by the comments section, fans were delighted with Kendall’s festive attire.

One follower praised: “This outfit is fire.”

While another continued: “This dress and you are beautiful.”

A third simply added: “So pretty.” 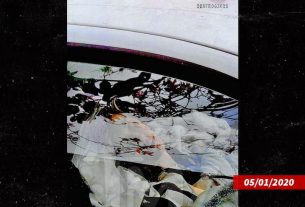 A Walk Down Golden Globes Memory Lane: See the 2019 Nominees at Their First Show