The Kardashians and Jenners love to make a big deal out of Halloween, and Kendall finally posted her 2022 entry to the genre on Instagram. The model dressed up as the Toy Story character Jessie, a spunky cowgirl with red hair, which Kendall wore a braided red wig to emulate. The costume deviated from the original a bit and got pretty sexy.

She had the oversized cowboy hat, but everything else was a bit tinier, including a cropped white shirt and tiny jean shorts. Over the shorts she wore a pair of Jessie’s signature cow print chaps.

She captioned the front and back view pics, “well aren’t you just the sweetest space toy.”

Kendall shared a clip of herself strutting through the house in her outfit before heading out for the night, but she had changed out of her long-sleeved costume piece into an even tinier tube top with matching arm bands. 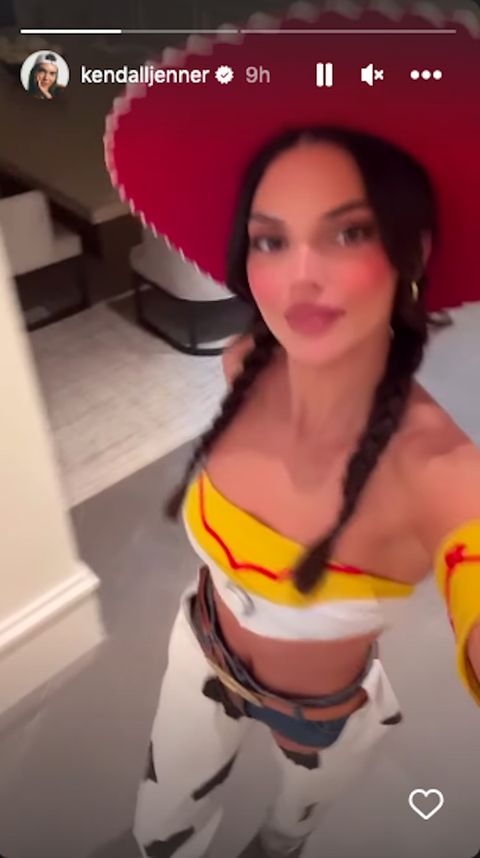 In the past, The Kardashians star has made a pretty big deal over Halloween because it also falls close to her birthday on November 3. She styled herself as the corpse bride in 2021 and Pamela Anderson in Barb Wire in 2020. In 2019, she was a fairy and a Fem Bot from Austin Powers in 2018. Way back in 2015, Kendall dressed up as Chanel’s late creative director Karl Lagerfeld, and as Mario from the Super Mario Bros world in 2014.

Lately, Kendall has been super busy with her 818 tequila brand, using her Instagram account to promote the new añejo and reposado bottles for her company, and especially the Añejo Reserve.

She’s also been spending time with her boyfriend Devin Booker, after a brief separation over the summer. She and Caitlyn Jenner went to a Phoenix Suns’ game against the Los Angeles Clippers this week and got to see Booker’s team win a victory. 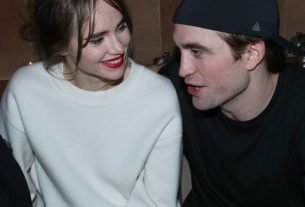 The best sweat-proof makeup for festivals