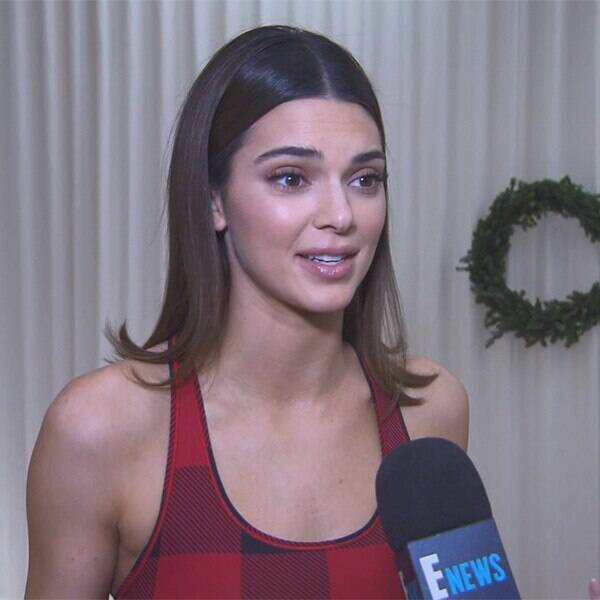 OK, so we know Kirby Jenner is Kendall Jenner‘s “twin” “brother”—but how did these two meet again?

In exclusive comments to E! News during Calvin Klein’s Holiday Pajama Party Wednesday night, Dec. 11, Kendall recounts the faux siblings’ origin story. And as it turns out, the fashion model and producer of upcoming Quibi series Kirby Jenner (the latest spin-off series from the Keeping Up With the Kardashians franchise, currently slated for a 2020 release) discovered its lead character the same way the rest of the world did: courtesy of the quick-witted Photoshop talent’s increasingly popular and consistently entertaining Instagram account.

“He struck me,” Kendall recalls, calling her new business partner “so talented” and “super funny.”

Those familiar with Kirby’s social media presence know exactly what she’s talking about.

The performance artist’s IG page, which now boasts more than one million followers, features a robust collection of parodied photos that see him posing as none other than Kendall’s “fraternal twin.”

Upon familiarizing herself with his work, Kendall remembers thinking Kirby “was really cool”—a popular opinion among her peers and colleagues.

“Not only me, but a lot of my friends and fashion people and people I work with…they all started to notice him,” she says. “People would send me his stuff all the time, and I was like, ‘This guy is amazing.’ So, you know, we had to do something with him.”

That “something” eventually became Kirby Jenner, a recently-unveiled short-form series inspired by Kirby’s IG content itself.

“He’ll like, I guess Photoshop…video-shop himself into actual video footage of us from our show,” Kendall explains, noting that those videos have inspired the format of their forthcoming show.

“It’s just expanding what he does on Instagram and taking it to another level,” she finishes. And now we’re extra excited for his small screen debut!

Watch the season finale of Keeping Up With the Kardashians Sunday at 9 p.m., only on E!

Inside the Jonas Brothers’ Best Year Yet