11:35 AM PT – ﻿TMZ has obtained a copy of the criminal complaint against Spacey … and it’s disturbing and graphic.

In the docs, the alleged victim told police Spacey started buying him drinks after he got off work at Club Car bar, Spacey asked the teen about his penis size, tried to get him to come back to Spacey’s house for an after party, and Spacey reached through his pants and touched his penis.

According to the docs, the alleged victim told a woman at the bar he thought Spacey “is trying to rape him,” before running out the back door and going home.

Kevin Spacey is facing a felony charge for allegedly sexually assaulting a teenage boy in Massachusetts back in 2016, according to authorities.

The alleged incident happened at a Nantucket bar in July ’16, and authorities told the Boston Globe that Spacey is due to be arraigned Jan. 7 at Nantucket District Court on a charge of indecent assault and battery.

The alleged victim’s attorney, Mitchell Garabedian, tells TMZ … “The complainant has shown a tremendous amount of courage in coming forward. Let the facts be presented, the relevant law applied and a just and fair verdict rendered.”

The alleged victim’s mother, Boston TV news anchor Heather Unruh, described the alleged incident in an emotional news conference in Nov. 2017 … publicly accusing Spacey of sexually assaulting her son. Unruh claims Spacey got her 18-year-old son drunk at a bar, stuck his hand inside her son’s pants and grabbed his genitals. After the alleged incident, the Unruh family filed a police report.

Spacey posted this bizarre video on his personal YouTube channel Monday, and the timing is interesting. In the video, he appears to be reading a monologue as his old “House of Cards” character Frank Underwood. Spacey also tweeted the video, his first tweet since October 2017.

Spacey has previously been accused of trying to molest a 14-year-old actor, and Spacey is currently under investigation in Los Angeles in another sexual assault case.

We’ve reached out to Kevin’s attorney, Todd Rubenstein. So far, no word back.

Originally published at 10:46 AM

The First Purge review: A chilling prequel which will make you question everything 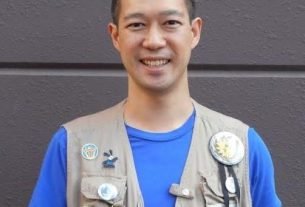