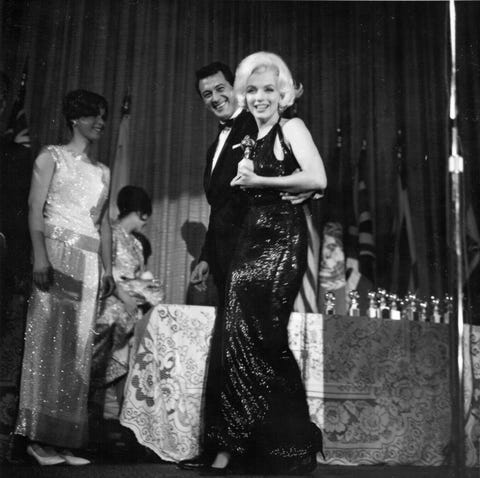 Kim Kardashian revealed on Instagram today that she donned not one, but two dresses formerly worn by Marilyn Monroe on Met Gala night. Kardashian shared photos of herself in Monroe’s green Norman Norell dress that she wore to the Golden Globes in 1962—the reality star’s second look of the evening.

She captioned the series of photos, “To top off my night after The Met, I had the honor of changing into Marilyn Monroe’s Norman Norell dress that she wore to the Golden Globes in 1962—where she received the Henrietta Award For World Film Favorite. In my quest to find the Jean Louis hand beaded dress that I wore to the gala, I discovered @Juliens_Auctions owned Marilyn’s iconic green sequined gown. Further into my research I found out that the owner of the Golden Globe that she received that evening was non other than my florist @jeffleatham. I saw this all as a sign the way that all of the stars aligned. It will forever be one of the greatest privileges of my life to be able to channel my inner Marilyn in this way, on such a special night. Thank you Julien’s Auction and Jeff for helping to make this memory possible.”

Marilyn Monroe at the 1962 Golden Globes

Kardashian drew criticism for wearing Monroe’s famous “Happy Birthday, Mr. President” dress on the Met Gala red carpet on Monday. The reality star disturbingly revealed that she went on a crash diet—an extremely unhealthy practice—losing 16 pounds in three weeks to fit into the dress. Others have been critical of Kardashian wearing a historic garment, and how that may hurt its preservation.

Riverdale actress Lili Reinhart notably went viral for calling out Kardashian’s Met Gala diet as problematic, and a harmful example to the fans who look up to her. “To walk on a red carpet and do an interview where you say how starving you are…because you haven’t eaten carbs in the last month…all to fit in a fucking dress?” Reinhart wrote. “So wrong. So f*cked on 100s of levels. To openly admit to starving yourself for the sake of the Met Gala. When you know very well that millions of young men and women are looking up to you and listening to your every word. The ignorance is other-worldly and disgusting. Please stop supporting these stupid, harmful celebrities whose entire image revolves around their bodies. I am not generally an angry person but I swear to god, the toxicity of this industry really gets to me sometimes and I have to do my little Instagram-story rants to release my rage.”

Reinhart commented on the reaction to her statement on her Twitter, writing, “*sigh* I do not say the things that I say because I want to be relevant or get attention. I speak up because I don’t see enough people with large platforms calling out toxic behavior in our industry. Some people will never understand where I’m coming from and that’s okay.” 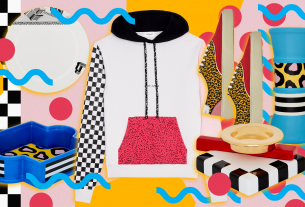 Saint Laurent Wants to Get You Into Vintage Italian Furniture 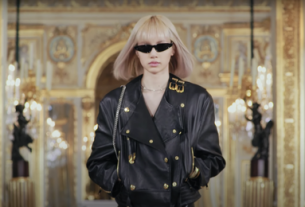