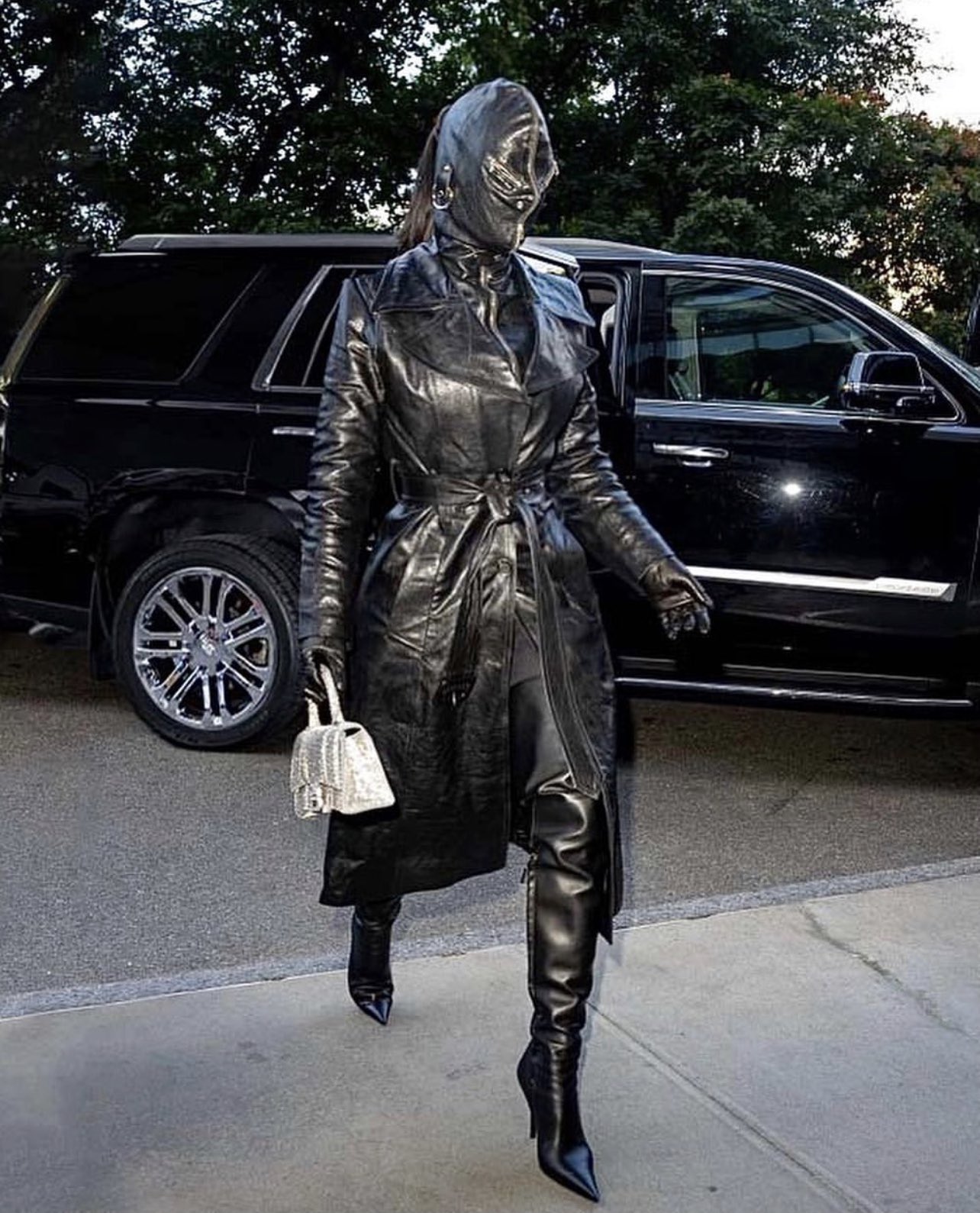 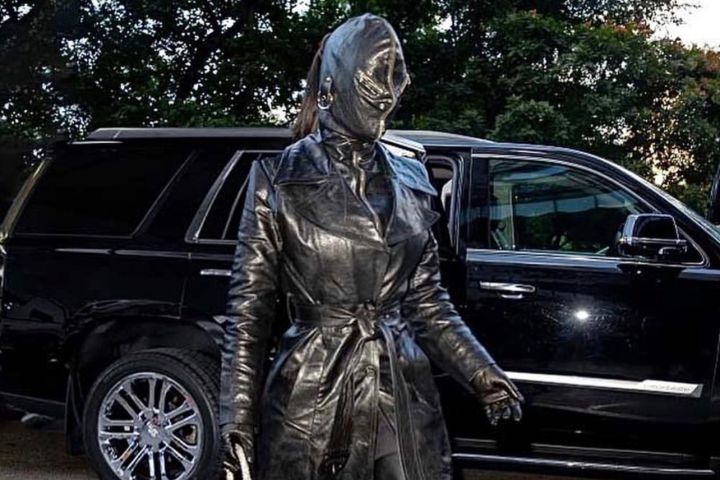 By ETCanada.com Staff. 8 hours ago

Kim Kardashian, 40, arrived at New York City’s Ritz-Carlton Hotel on Saturday in what appears to be a fetishwear-inspired all-leather outfit complete with leather hood from Balenciaga.

The mega-influencer and reality star is in New York ahead of Monday’s Met Gala ball. Accompanying Kim were her older sister Kourtney, 42, and her beau, Travis Barker, 45.

Some on social media felt Kim’s outfit showed a clear influence of her estranged husband, Kanye West, leading them to believe the pair were reuniting.

yeah, pretty sure they called off the divorce https://t.co/MoypTN1MO5

yea they back together https://t.co/EqWSCWahzM

Meanwhile, others felt that the outfit was reminiscent of a certain costume that has become synonymous with Ryan Murphy’s “American Horror Story” series. 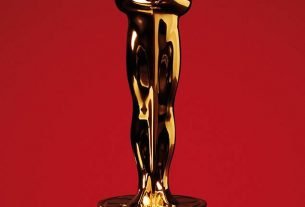 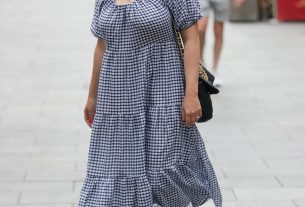 Kelly Brook – In a gingham cotton dress in London