That’s so rock & roll! Kourtney Kardashian shared a photo of her BF Travis Barker’s blood in a vial and fans are pretty confused by the gesture.

Kourtney Kardashian, 42, and Travis Barker‘s love is more than just skin deep, apparently. The KUWTK star reposted a photo that Travis, 45, shared to his IG Story, showing a vial of his blood. She added a simple black heart emoji and no explanation as to why she decided to share the image. However, the post from Travis comes three years after the Blink-182 drummer was hospitalized and struggled with blood clots in his arms. He told E! News at the time that he had about “30 [clots] in my right hand and arm and I have about 10 in my left so I’m just waiting for them to clear up. I’m on blood thinners.” Hopefully this blood vial is just part of a routine check-up! SEE THE IG STORY HERE!

It certainly wouldn’t be surprising if Kourt went full Angelina Jolie with her love’s blood and put it in a vial to wear around her neck! These two are super serious and have already made their love for each other permanent with tattoos — on Travis. The POOSH founder tatted her man, herself, with the words “I love you,” and the drummer also got Kourtney’s name on his chest. Kourt showed off her tattoo talent on Instagram and Trav even gave her props, commenting, “Best tattoo artist @kourtneykardash.”

These two haven’t been shy with showing their affection for each other, and it caught the eye of Travis’ ex-wife Shanna Moakler, who has been caught shading the relationship on social media. After Kourtney posted a photo of herself in Travis’ arms while rocking a string bikini in the dessert, Shanna took aim at her ex’s new gal when responding to a fan comment about her own relationship. “Unlike some people, my relationship status isn’t based on social media posting,” she wrote. “I’m happy on life not on IG.” Yikes!

Then, In May, the 46-year-old former Miss USA exclusively told Us Weekly that she “caught” Barker having an “affair” with Kourtney’s sister, Kim Kardashian, before their 2006 split. However, Kim has refuted those claims, telling fans, “NO! False narrative! We’ve been friends for years and I’m so happy for him and Kourt.” 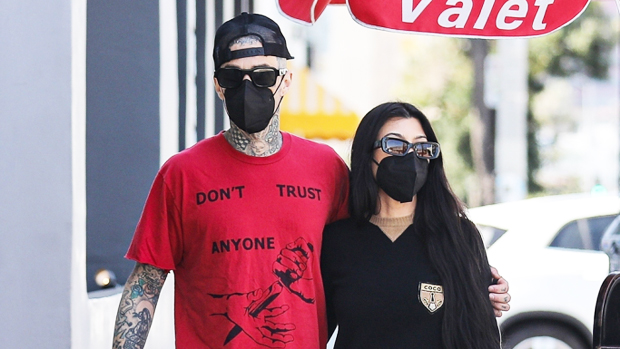 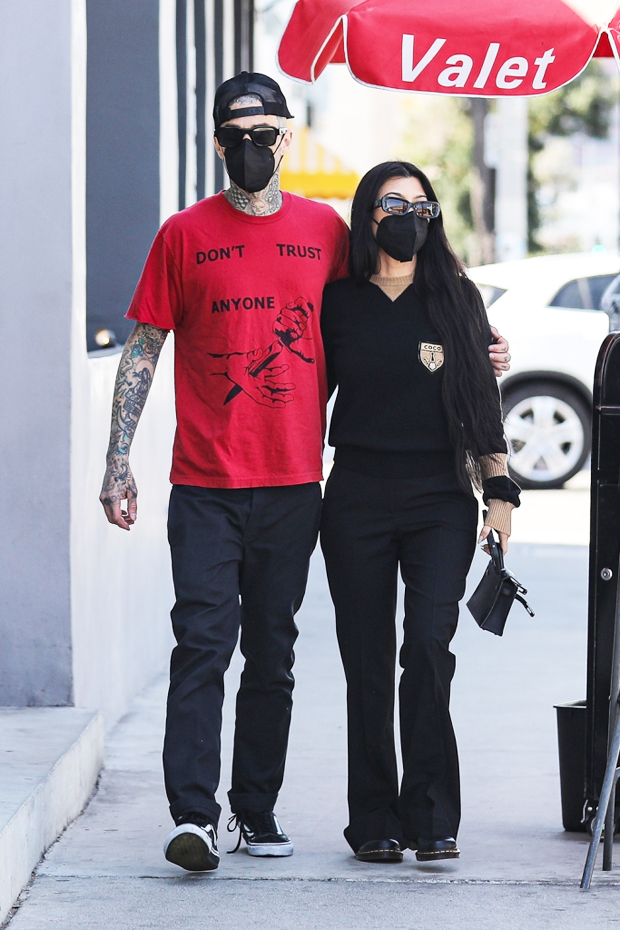 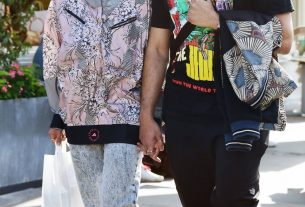 ‘Sex & The City’ Revival: Chris Noth Is Back As Mr. Big — Everything We Know So Far