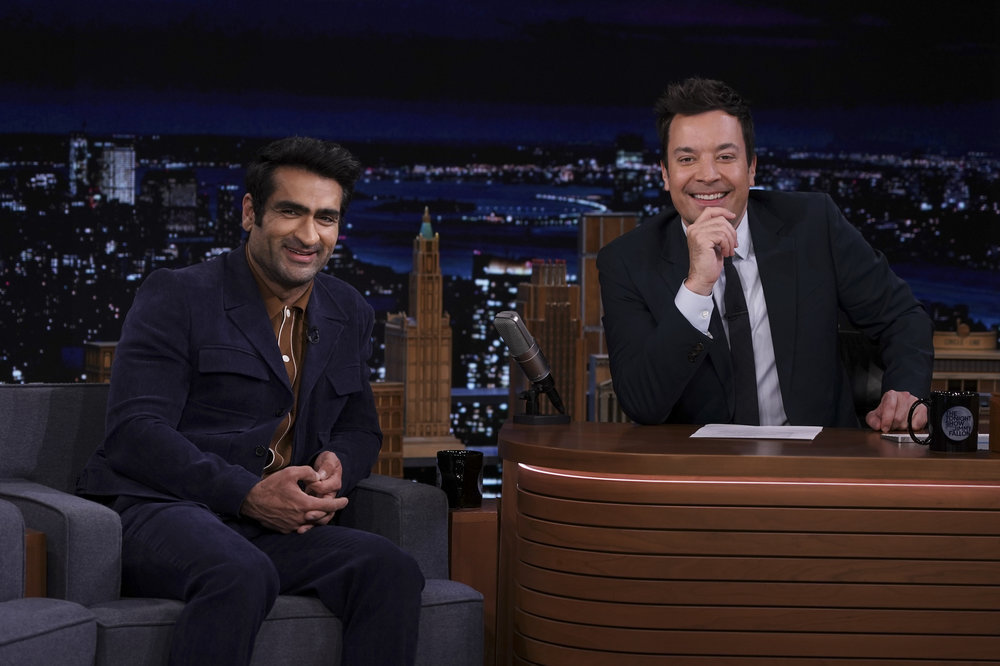 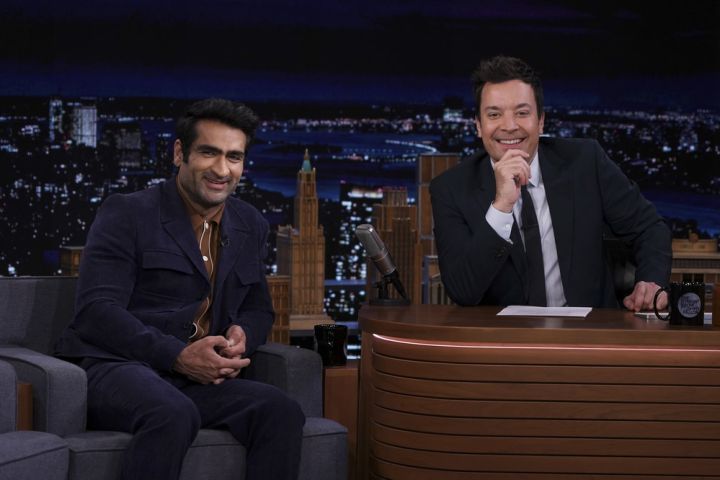 By Becca Longmire. 19 mins ago

Kumail Nanjiani stars in a huge Bollywood dance number in Marvel’s “Eternals” — something he did not sign up for when agreeing to do the film.

The actor chatted to Jimmy Fallon on Tuesday’s “Tonight Show” about starring as Kingo in the much-hyped flick, insisting he couldn’t believe it when director Chloé Zhao first asked him to be in it.

Nanjiani explained how his character attempts to keep a low profile away from his superhero status by going off and becoming a Bollywood movie star.

READ MORE: Kumail Nanjiani Talks To Ellen About Trying To Do His Own Stunts On ‘Eternals’

However, when Zhao first told Nanjiani he’d be doing a dance scene, he wasn’t into it, telling Fallon how the filmmaker ended up lying to him by saying she’d switch it to be a Bollywood action sequence.

The star said, “She lied to me, she put a lie in the script,” revealing how he trained for four months to do it.

“I walked into the gym, where we were doing the rehearsal, and I got really emotional. There were, like, 50 South Asian people,” he said of filming the scene.

“So many years, you barely have any South Asian people and suddenly there’s like 52 of us in one scene, you know?”

Nanjiani added, poking fun at himself, “It’s a little tough because there are 52 people and 51 of them are professional dancers, and the one who’s in focus is really trying to hang on.” 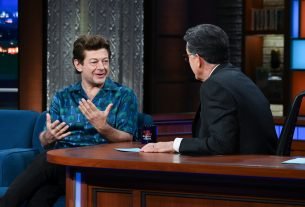 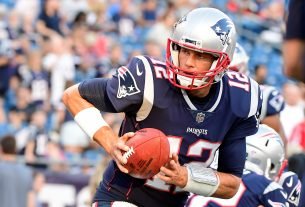 Tom Brady Denies Reports That He’s Decided To Retire: ‘When The Time Is Right, I’ll Be Ready’ 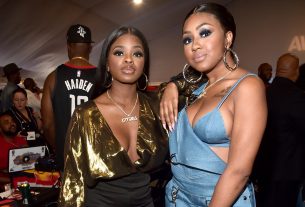