Playing to a packed O2 Arena, the superstar wowed fans with a stellar set-list of her biggest hits and a healthy smattering of new album tracks.

While the Golden Tour is nowhere near as lavish as her 2011 Aphrodite: Les Folies Tour, if anything, it shows Kylie doesn’t need to rely on larger-than-life sets and jaw-dropping water spectacles to put on a killer show.

That’s not to say Golden isn’t packed with props and more campness than Christmas.

Within the first few minutes Kylie ascends to her golden glitter stage in a bright pink dress and is flanked by gyrating, buff cowboys.

Meanwhile, at the interval a giant silver glitter ball lights up the stadium in a move that wouldn’t be out of place at The Eurovision Song Contest.

Vocally, Kylie is still faultless and at her strongest on a dramatic rendition of Confide In Me.

With just a single spotlight on her, the pint-sized pop princess rocked an all-white jumpsuit as she gave a powerful and haunting rendition of the stripped back 1994 hit.

Apparently about the collapse of her engagement to Joshua Sasse, by her own admission the song is about Kylie’s lowest moments and how “music literally saved her life.”

Kylie said hitting number one with her album Golden is like ‘a little dream come true’ (Pic: GETTY)

Speaking about her number one album Golden, Kylie said: “It’s like a little dream come true.

“The album only just came out earlier this year and you embraced it so much and I can only thank you enormously for that and making it your own – it means the world, honestly.”

Meanwhile, before singing Lifetime to Repair, Kylie admitted the not so discreet lyrics raised more than a few eyebrows behind the scenes – with many people coming up to her and telling her “they get it.”

During the break-up track, Kylie sings: “Too many nights I wish I never cared/ Been torn and twisted, oh I swear.”

She later adds: “Too many nights, crying but it’s not fair/ If I get hurt again… I’ll need a lifetime to repair.”

Though despite the public break-up, Kylie has found love again – this time with GQ big-wig Paul Solomons.

Earlier this year Daily Star Online revealed how the couple couldn’t keep their hands off each other during the 2018 GQ Men Of The Year Awards.

Kicking off the second half of the show with beat-heavy Slow, the 50-year-old starlet dons skintight black leather as she struts down the stage towards a group of motorbike-riding men.

Joined by a couple of female backing dancers, Kylie then launched into 2000 Robbie Williams duet Kids.

Ending the show with a nostalgic trip down memory lane, Kylie belted out back-to back disco classics in the form of On A Night Like This, The Loco-Motion, Spinning Around and Love at First Sight. 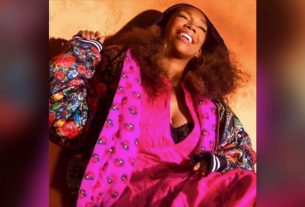 Is Cheryl over? Comeback single PLUMMETS on UK midweek charts to 48