The New York premiere of Liam Neeson‘s new film has been cancelled at the last minute.

Reporters were told the premiere would not be going ahead just hours before it was due to begin, according to Sky News.

The cancellation comes after the actor, 66, admitted to violent thoughts about black people on Monday.

Liam was promotoing his new movie, Cold Pursuit when we said he previously searched for a “black man” to murder after the rape of his close friend.

Liam made the confession during a press junket to promote the new movie.

Admitting he is now ashamed of his “awful behaviour”, Liam explained how he was enraged after someone close to him was raped years ago.

Speaking frankly, Liam, 66, said: “She handled the situation of the rape in the most extraordinary way.

“But my immediate reaction was I asked, did she know who it was? No. What colour were they? She said it was a black person.”

SHOCK: Liam made his remark during an interview for Cold Pursuit (Pic: Getty)

Liam continued: “I went up and down areas with a cosh, hoping I’d be… approached by somebody.

“I’m ashamed to say that, and I did it for maybe a week – hoping some ‘black b*****d’ would come out of a pub and have a go at me about something, you know? So that I could kill him.”

Breaking his silence on Tuesday’s Good Morning America, Liam defended his comments and said he was trying to “show honour and stand up for my friend in this medieval fashion”.

He added: “I did seek help – I saw a priest, I spoke to some close friends, I went powerwalking.

STRIPPED: Horrified people think Liam should be stripped of his OBE (Pic: Getty)

Liam continued that he was “shocked by his own thoughts” and hopes people will “open up and talk about these things” because of what happened.

He added he went out “in black areas” four or five times 40 years ago looking to attack a black person.

“I’m ashamed to say that, and I did it for maybe a week – hoping some [Neeson gestures air quotes with his fingers] ‘black b******’ would come out of a pub and have a go at me about something, you know. So that I could kill him.

“It was horrible, horrible, when I think back, that I did that.” 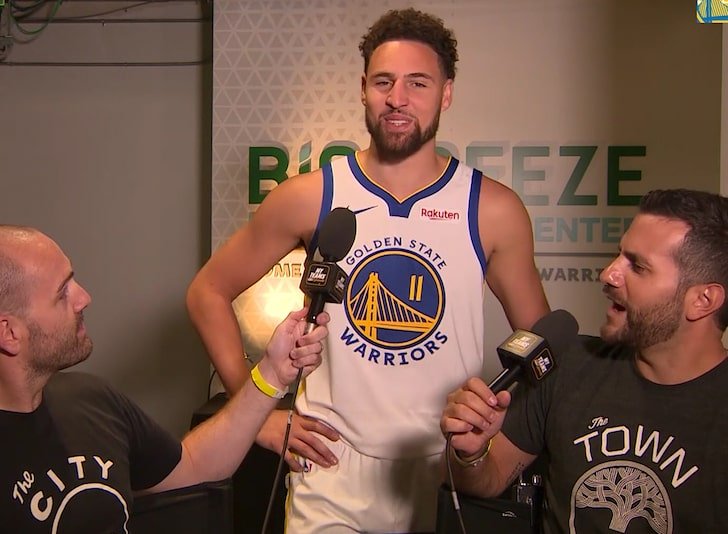 Klay Thompson Gunning for An Oscar After Finishing ‘Space Jam 2’