The Strip That Down singer, who is currently dating Naomi Campbell, made the claim during an Instagram live session with Rita Ora.

Speaking to his fans, Liam, 25, said: “I feel like I have won around seven BRITs with the band.

“I had some missing in the post, did I tell you about that?

“BRIT Awards if you are watching, I still haven’t got them BRIT Awards.”

Cheryl’s ex, who has been nominated for British Artist Video of the Year alongside Rita Ora for their collaboration For You, continued: “It is amazing to be nominated for this award.

“This will be around my seventh… I am sure it’s about that but thinking about my shelf at home there are only five on them.

“Maybe Harry has two or three of mine… or they are lost in the post?”

Daily Star Online recently revealed how Liam and Naomi were spotted on a secret date night at London’s O2 Arena.

The superstar couple snuck into the venue via the backdoor before heading to a VIP suite to watch Nigerian singer Davido.

A source said: “Liam and Naomi were keen to keep a low profile.

“They entered and exited the arena via the back door and were quickly whisked up to a VIP suite on Level 3.

“Naomi was more than happy to pose for official pictures inside the venue but didn’t have a single one with Liam.

“After the show they left together in the back of a blacked-out green Range Rover and Liam was seen putting his arm around Naomi’s waist.” 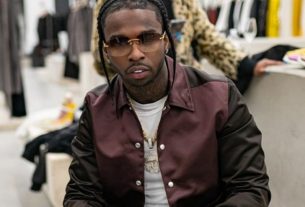