SUPERSTAR: Liam Payne is one of the biggest stars in the world

Cheryl’s baby daddy has hit the studio with Mama hit-maker Jonas Blue to record a track for the DJ’s debut album.

In October last year, Daily Star Online exclusively revealed how Jonas, whose real name is Guy Robin, was hoping to hit the studio with Cheryl’s fella.

However, he feared their busy schedules could get in the way.

Now the jet-setting DJ has spilled more news about the collab, going into detail about how a Jonas Blue ft Liam Payne track would sound… if one was in existence.

Speaking on set of his music video for new single Rise featuring Jack and Jack, Jonas stopped short of confirming the song though dropped more hints than you’d find in a game of Cluedo.

The star teased: “His album is done now but mine’s not is it.”

SUMMER SMASH: Jonas Blue and Jack and Jack’s new single is set to race up the charts

“Song wise I would do something with real depth and soul… it would be a ballad type of track but on a dance beat if that makes sense.“

Jonas, 28, continued: “It wouldn’t be ‘let’s just find the poppiest most stick in people’s heads chorus’ kind of track.

“It would be something that would really have depth and telling a story because he’s got an amazing voice.

“I just feel that I would want to take him into a slightly different zone.“

NEW DIRECTION: Liam Payne and Jonas Blue’s track is set to be ‘deep and soulful’

Appearing to confirm the track has been co-penned by One Direction hit-maker Ed Drewett, Jonas added: “We have a writing dream team that we have which is me RØMANS and Ed Drewett.

“Ed was one of the main song writers behind One Direction and he’s known Liam for a long time hence why this all happened and I was speaking to Liam and stuff like that.“

Ed Drewett is the brains behind 1D hits Best Song Ever, Steal My Girl and History.

GLOBE TROTTER: Jonas Blue is currently playing gigs all over the world

Liam wound’t be the first One Direction lad who Ed has teamed up with post split.

The British writer worked on Niall Horan’s Flicker album, being listed as a co-writer on On My Own. 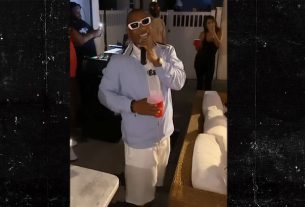