Held at the prestigious Royal Albert Hall in London, the One Direction crooner looked stylish as ever as he arrived on the red carpet.

Slipping into a velvet Hugo Boss suit, the Strip That Down singer beamed away as he posed for pictures.

Switching things up, the 25-year-old ditched a traditional white shirt and opted for a trim black one instead.

Liam completed his look with a statement Bulgari watch thought to be worth around £90,000.

The X Factor star recently opened up about his friendship with his former bandmates – admitting it’s difficult to stay in touch.

“I mean, the thing about it is I can understand that we’re all quite tight like I was saying to him the other night, ‘oh I’ll come over’ or whatever and then he flaked me twice.

“I was like ‘listen, I’ll just text you next week and we’ll see what’s happening. Just let me know when you’re available.”

SUPERSTAR: Liam Payne is one of the biggest stars in the world (Pic: GETTY)

SINGLE: Liam Payne is currently back on the market after splitting with Cheryl (Pic: SPLASH)

Insisting he doesn’t hold a grudge against the Slow Hands singer, Liam continued: “Everyone’s so busy, it is what it is but it’s… yeah.

“I obviously saw Louis [Tomlinson] over the course of X Factor.

“I haven’t seen Harry in a while now but I think everybody’s in London at the moment, which is cool, for the first time.”

Interestingly, Liam was keen not to mention Zayn Malik – who quit the band in March 2015.

Hinting at the a feud, Gigi Hadid’s boyfriend has just dropped new single Good Year, a track thought to be about time in the band his clashes with Louis Tomlinson.

During the song, Zayn, 25, sings: “Too much drugs and alcohol/ What the hell were we fighting for?

STRIKE A POSE: Liam Payne was sat next to Isabeli Fontana during the ceremony (Pic: GETTY)

“Cause now the whole damn world will know/ That we’re too numb and just too dumb to change the story.

“Neither one, one of us wants to say we’re sorry.”

After the song was released Louis took to Twitter to hit back: “Proper confused. What a hypocrite!”

Watch Selena Gomez, Joe Jonas and More Celebs in the First Trailer for 2019 We Day California 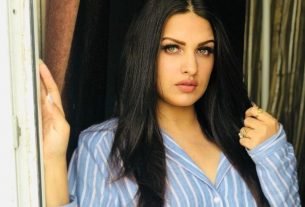