This week, the summer solstice marked the first day of the season. Luckily, celebs were already showing us how to do it in style.

Leading sophisticated society, Lily Collins took on the Cartier Queen’s Cup Polo channeling her best English garden. The large floral print paired with the tiered pleating and ruffles (not to mention that darling headpiece) resulted in a demurely chic look you may want to consider for your next daytime wedding.

On the more casual front, Kerry Washington—in a vibrant Missoni maxi—and Anya Taylor-Joy, clad in pink, showcased the power of a bold hue. There’s no better time than summer to experiment with colors, after all. And dynamic shades just make us plain happy.

This is a call to action: Everyone set Google alerts for the Westworld actress, because she’s a style icon in the making. This Tingyue Jiang dress proves it.

This print looks amazing on a one-shoulder dress…and as wallpaper. Design gods, did you hear us?

Summer goals are met with the Scandal star’s Missoni dress at Twitter’s #HereWeAre brunch and conversation at Cannes Lions.

Sultry but kind of innocent at the same time—the vibe of the actress’ ruched, sheer dress is what we want to channel all summer long.

Major props to the model who was brave enough to wear a bodysuit with what essentially looks like basketball shorts to the Alberta Ferretti men’s fashion week show.

The actress had a modern Barbie moment in this all-pink ensemble.

Ruth is giving us life in this Michael Kors Collection dress! The high neckline can feel heavy and austere, but the print is fun, festive and perfect for summer. We’re here for the contrast.

What does a model wear to a business conference in the fashion and beauty space? This Gabriela Hearst ensemble Rosie wore to the Business of Fashion West Summit. Let it be known: Suits don’t have to be boring.

There were so very notable misses at the Royal Ascot (we will not drop any names), but the “1, 2 Step” singer, in Edeline Lee, showed us how to do elegance, grace and high fashion at the same time. Plus, we love a good hat.

Dripping in English-garden-esque elegance from head to toe. We think Queen Elizabeth II would approve of the actress’ Johanna Ortiz floral dress, don’t you? 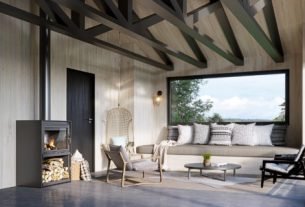 Local Travel Seems to be the Focus for Canadians Through 2021