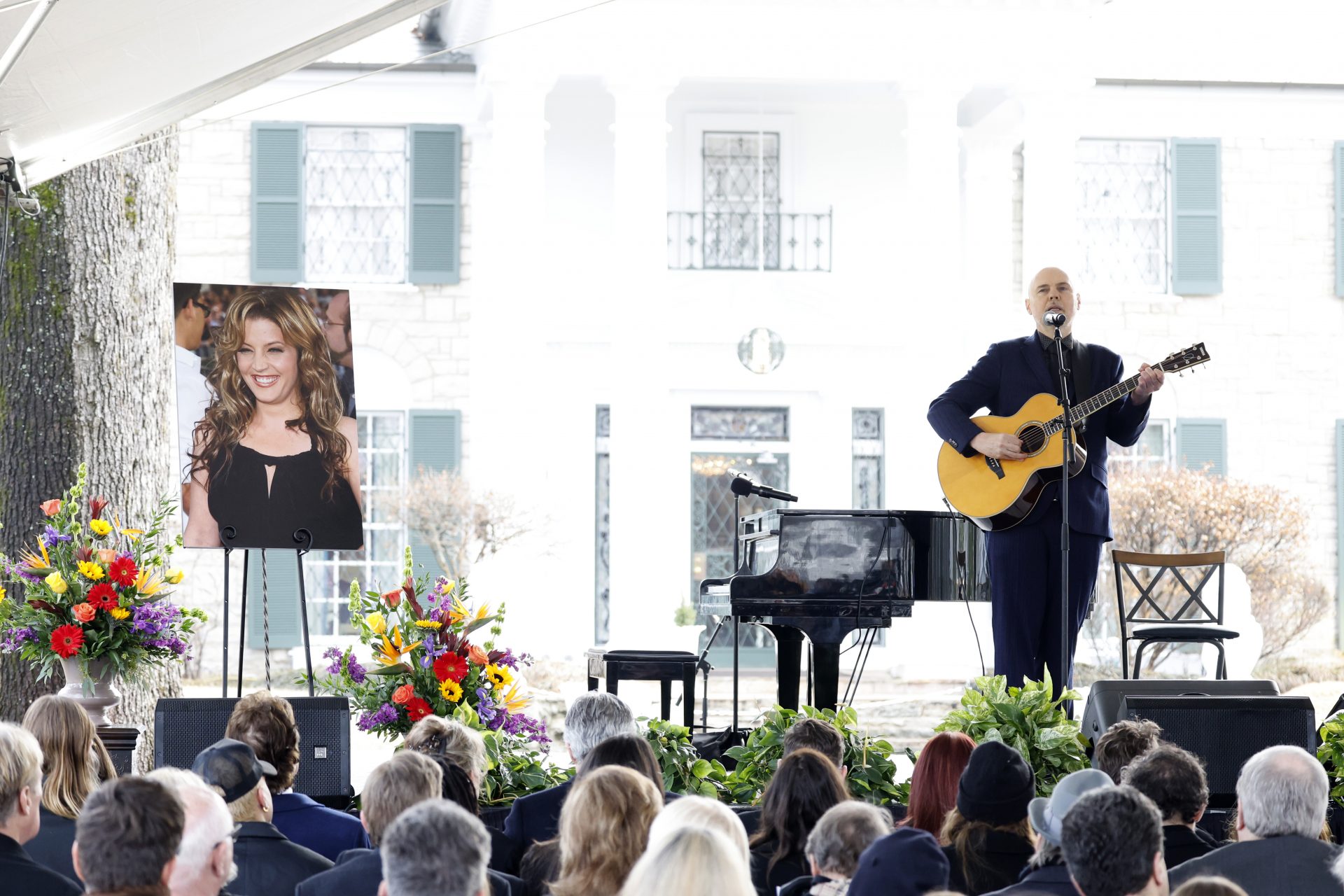 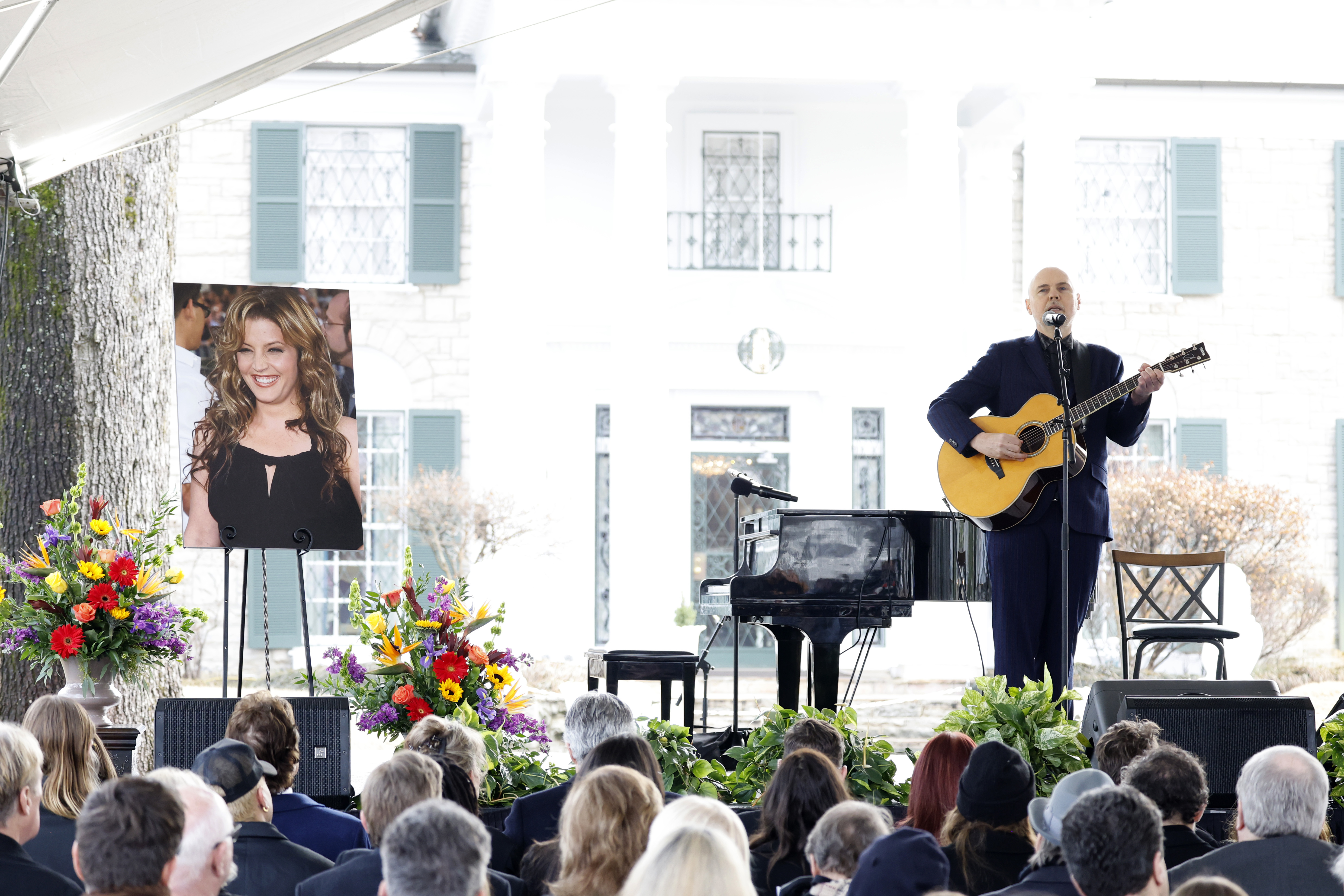 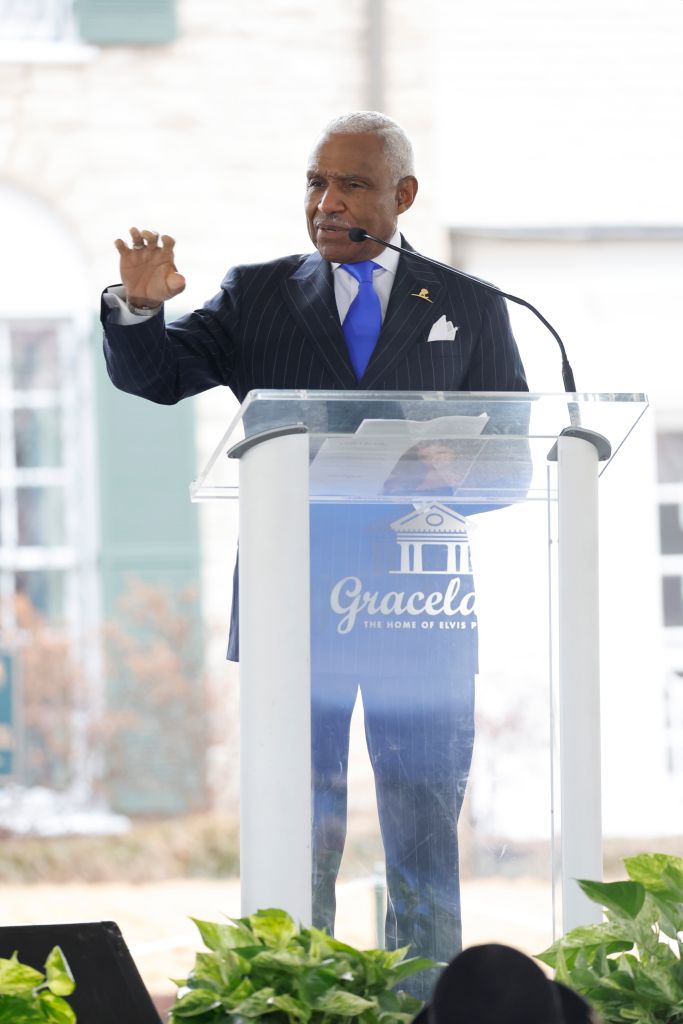 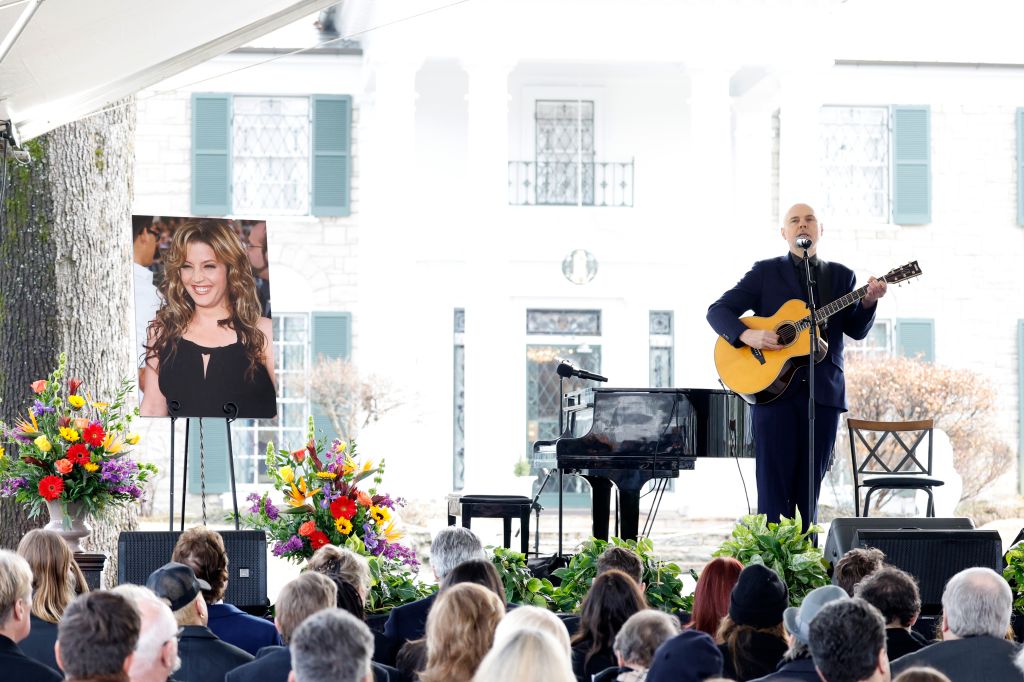 By Miguel A. Melendez, Tionah Lee, ETOnline.com. Published: 2 mins ago

Austin Butler, Alanis Morissette and Sarah Ferguson were among the celebrities at Lisa Marie Presley‘s public memorial service on Sunday morning at Graceland in Memphis, Tennessee.

Former mayor of Memphis, A.C. Wharton, took the podium to reflect on the woman who was “all Memphis,” and the only child of Elvis and Pricilla Presley.

Corgan of the Smashing Pumpkins took the stage to perform the band’s 1998 single, “To Sheila”, while Morissette also performed her 2021 song, “Rest”. Axl Rose was behind the piano for an emotional performance of Guns N’ Roses’ 1991 song, “November Rain.”

Ferguson also took the stage to reflect on her relationship with her friend, calling her “sissy,” and quoting her late mother-in-law, Queen Elizabeth II, saying “grief is the price we pay for love.”

Austin Butler, who played Lisa Marie’s father, in the “Elvis” biopic, sat with his girlfriend, Kaia Gerber, during the emotional ceremony. They were seated in the second row just behind one of Lisa Marie’s twin daughters.

The public memorial service was arranged on the front lawn of Graceland. Following the service, there is a procession to view Lisa Marie’s final resting place in the Meditation Garden.

Lisa Marie will be laid to rest next to her son, Benjamin Keough, who died in 2020. In addition to Lisa Marie and Ben, Lisa Marie’s father, Elvis Presley, and his parents, Vernon and Gladys, are also buried in the garden.

Lisa Marie died on Jan. 12 after she went into full cardiac arrest. She was rushed to the hospital but died shortly thereafter. She was 54. 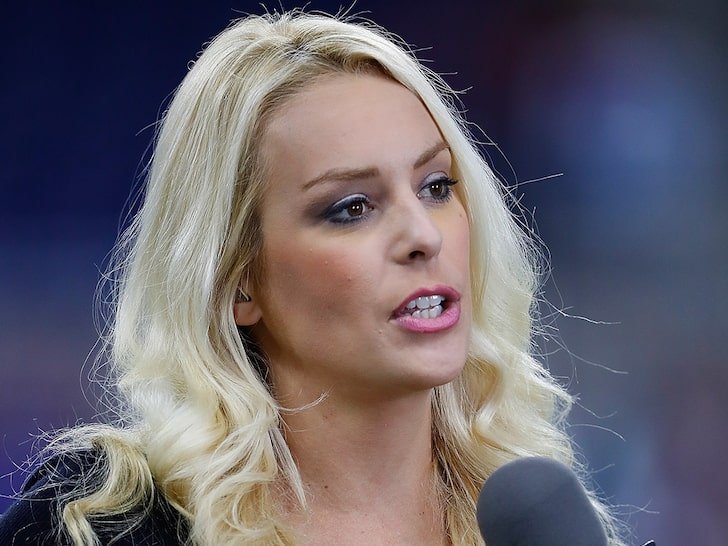 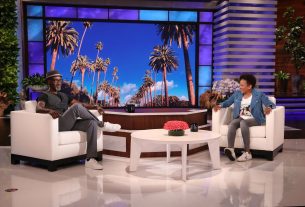