Despite Woman Like Me featuring the SuperBass hit-maker. the X Factor foursome are yet to even be in the same room as Onika herself.

“She’s hard to pin down that one but she’s amazing and the love she has been giving us on social media, she is really supportive.

“She’s just shot the video as well. She’s been amazing.”

Within hours of the single dropping it was number 1 on iTunes around the world.

The girls are expected to perform Woman Like Me later this month when The X Factor live shows return to ITV.

Revealing their fifth album aptly titled LM5 is all about girl power, Jade explained: “With this album we have been a bit more ballsy with what we sing and the way we say it.

“It is exciting that we have an all-female album and female campaign shoots – it is very much girl power.

OPENING UP: Little Mix have spilled all about their new album (Pic: GETTY)

BUXOM: Nicki Minaj has teamed up with Little Mix on Woman Like Me (Pic: GETTY)

“There are other female collaborations besides Nicki but we can’t tell you.

“It is exiting working with someone as massive as Nicki but we also have songs with artists that are up and coming as well – it is kind of like us supporting them too.”

Keen to support their large LGBT fanbase, the pint-sized songstress continued: “There are definitely gay anthems on the record.

“We had the LGBT fanbase in mind when we wrote this.

“There are a couple of songs on there which are just about loving yourself and there are a few references to being gay.”

Despite many singers being preened within an inch of their life, never breaking the immaculate pop star mould record labels and management have painstakingly created, Little Mix insist they are keen to fly in the face of perceived Instagram perfection and only present themselves as they really are.

Over the summer Perrie Edwards took to social media to share a string of make-up free bikini snaps showcasing her natural beauty.

Jade said: “We have been outspoken.

GROWN UP: Little Mix says they don’t hold back on their new album (Pic: PH)

“I think it is because we are getting older and I think people are getting so sick of this thing on social media, this perfection idea… it’s not real.

“It is time now for people to speak up about it.”

LM5 will be released on November 16. 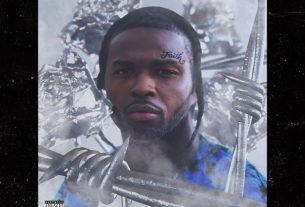