Jesy Nelson, 27, Leigh-Anne Pinnock, 27, Perrie Edwards, 25, and Jade Thirlwall, 25, put on a stellar performance at the Jingle Bell Ball, wowing the crowd with their raunchy outfits.

And the raunch continued backstage, as she took place in a challenge with Capital’s Ronan Kemp and Vick Hope.

Ronan gave the group a series of quick-fire questions such as give a boy’s name beginning with the letter “B,” and whoever answered first out of the Vic or the Little Mix girls won.

The 25-year-old asked: “Name a body part beginning with the letter ‘D’.”

The Geordie beauty instantly looked horrified at her shocking answer, as the rest of the band responded with fits of laughter.

One follower quipped: “Jade is my spirit animal.”

While another continued: “Jade, I love you so much.”

A third added: “I loved this more than I should.” 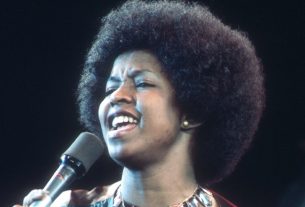