The brunette beauty let fans in on her secret to eternal youth this week – staying out of the sun.

Avoiding the full force of the midday heat, Liz Hurley opted to go for an early morning dip in her swimming pool in Los Angeles.

Ditching her bikini top, the 54-year-old bombshell paddled around in the aqua water wearing just a pair of striped bikini bottoms.

With her hair pulled off her face and lashings of pink lipgloss, she looked radiant in the morning sunlight.

In her caption, the Bedazzled star explained that she only lets her skin soak up the rays at dawn or dusk in a bid to fight wrinkles.

She said: “I only go in the sun before 9am and after 6pm — otherwise, it’s under a large umbrella.”

Underneath, one follower gushed: “Love this photo. That’s why your skin looks so good!”

While a third remarked: “Goddess…”

Staying skin-safe isn’t the only trick Liz has up her sleeve to fight the effects of ageing.

The mum-of-one avoids processed foods, drinks plenty of water and does pilates and weight training on a regular basis.

On top of that, in an interview with Woman and Home magazine, she revealed that she moisturises a whopping six times a day.

Liz confessed: “I’ll moisturise my face about six times a day and my neck about 10 times a day. Lightly dab it over your face, and it instantly makes you glow.” 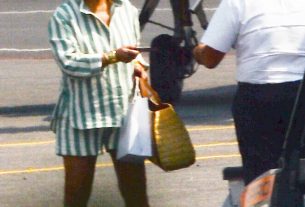 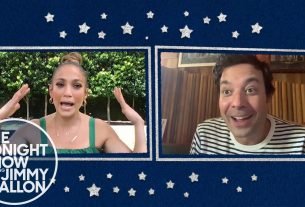