It’s almost paradise and in the words of Chris Harrison, this may be the most dramatic season yet.

As loyal viewers know, Bachelor in Paradise never has any shortage of drama. In the past four juicy seasons, we’ve seen more than our fair share of tears, heartbreak and engagements.

One of the most talked about moments, however, was just last summer when sexual misconduct allegations halted filming for over a week. This incident sparked important discussions about consent and the fine line between reality and television. Ultimately, an independent investigation cleared the show of misconduct and production resumed.

Over the course of the show, seven couples have become engaged. Of those, two are happily married with babies proving that despite all the craziness, love is possible.

In preparation for the new season’s premiere this week, let’s take a look back at some of the most memorable moments from the show’s run.

Bachelor in Paradise’s Most Scandalous Moments

Bachelor in Paradise is, hands down, the best drunken beach dating show that has ever existed. Everything about it is perfection—especially its “scandals.” From secret affairs to strange emergency room trips to coconuts filled with drugs, check out some of the drama that has rocked Paradise over the past three seasons.

Possibly the greatest Bachelor franchise moment ever occurred not when castoff Michelle Kujawa eliminated herself from the show, or decided to hook up with a crew member, or when he jumped off the balcony to escape being caught and broke both legs, but when other crew members reenacted the scene, true crime-style. Truly we are #blessed by this show. (Life lesson, though: if Chris Harrison asked if you are single, you say yes, not “maybe.”)

AshLee and Graham Break Up (season 1)

Before there was Ashley I, there was AshLee Frazier. AshLee joined the show to meet Graham Bunn, and had eyes for absolutely no one but him for the entire season. Graham was actually into it…until his good friend Michelle Money intervened and convinced him to break it off because AshLee wasn’t actually that interested in him. That’s not exactly the argument we would have made, but it was probably good advice anyway.

Marcus and Lacy’s Sham of a Wedding (season 2)

Chris Harrison tried to inspire the couples of season two with season one’s big success story: Marcus Grodd and Lacy Faddoul. It looked like they got married on the beach with only their supposed families and the cast of the show in attendance, but then months later, they announced their split and revealed that their wedding in Mexico wasn’t actually legal, and so they were never actually married. Twist!

Ashley Salter was and is a precious treasure, which is why we were so concerned when she had to be taken to the emergency room. She and Dan Cox ended up having a lovely romantic time as she got an IV, but her illness remains somewhat of a mystery, just like Ashley herself.

Barely a day into being in Paradise, Joshua Albers shared a story he heard about how there’s a club in LA where you can get coconuts filled with drugs for $ 30. Suddenly, he had a “drug lifestyle” that sent the group into a tailspin. It was the funniest thing we’ve ever seen, and we still have not been able to locate these coconuts (not as if we’ve been looking for them or anything).

Sweet single mom Juelia Kinney didn’t stand a chance when Joe Bailey decided to use her to get a rose. She fell for his charms, but then as soon as Sam Steffen arrived on the beach to make good on the texts they’d been exchanging, Juelia’s name completely disappeared from Joe’s brain.

Sam’s on-screen defense of her behavior was that she never sent Joe any text messages, because that’s just not her character. So of course, in walks Chris Harrison on After Paradise with an entire book of them. There were over 400! Sam and Nick broke up in October 2015, and thus this karma train has returned to the station…for now.

Nearly every guy gets accused of breaking up with someone in order to go on this show, but few admit it. And even fewer admit it in an epic speech, backed by a score meant for a movie character going off into battle. JJ Lane may have started off a villain, but somehow, some way, he left that beach a hero.

Have you ever seen anything so brutal? Carly Waddell was envisioning a marriage and kids, and Kirk DeWindt wasn’t feeling it, so he dumped her at the last minute and forever became one of the most hated men of Bachelor Nation. She kept saying she was about to throw up, and we kinda wish she had—right on his face.

This twin’s face was all of our faces when Chad Johnson called Sarah Herron a “one-armed bitch.” Sarah is a national treasure, so anyone who attacks her is automatically on our s–t list…as if Chad weren’t on it already. He later tried to apologize on After Paradise by telling her that for “seven or eight hours,” he didn’t even notice her missing arm. Bye, Chad!

We were done, the cast was done, and Chris Harrison was beyond over it after Chad had only spent one night in Paradise but managed to insult everyone, poop his pants, and date Lace for a terrifying two hours. Harrison kicked him to the curb, and was then forced to weather insults to his robe-clad nighttime routine as Chad kicked and screamed his way home. Good riddance.

When Andi Dorfman published her tell-all, It’s Not Okay: Turning Heartbreak Into Happily Never After, and alleged that her ex-fiancee Josh Murray was not the greatest, we had no idea the storm it would cause. We just could not have imagined Josh getting the chance to steal runner-up Nick Viall’s girl once again, but that’s exactly what we got on BIP. While Nick played it cool, Josh wants us all to know that every fictional thing in that book is 100 percent fictional. So fictional, in fact, that we shouldn’t even be talking about how very fictional it is, because it’s just the most fictional.

Was Evan Bass faking an illness to lure Carly into his bed? Can you fake swollen ankles? Did he pay that medic to tell him he needed to go to the hospital? Why did it take a trip to the emergency room to get Carly to see a future with Evan? We may never know the answers to any of these questions but we will never stop asking them.

Ashley Iaconetti is not a scandal, per se, but she is a true Bachelor in Paradise treasure. She just can’t stop loving Jared Haibon, or ruining his relationships with all other people, or convincing herself she’s turned over a new leaf, or turning that leaf right back over. We believe that someday, she will be OK, but for now she brings drama wherever she goes and we love it.

We will give Ashley this, though: Caila Quinn stabbed her in the back. Ashley and Caila were friends before Paradise, and Caila promised that not only was she not going to join the show, but if she had the opportunity, she wouldn’t go after Jared. She even claimed he wasn’t her type! What happened to chicks before d–ks, Caila?!

Who knew what a guy holding a lamp and wearing cutoff jeans with flip flops could ruin one of the strongest relationships in Paradise? As soon as Izzy Goodkind saw Brett Melnick, she was so overcome with attraction that she just had to tell boyfriend Vinny Ventiera about it. Thus, their relationship fell totally apart and Vinny left Paradise heartbroken. And that wasn’t the only couple shaken by Lamp Man…

Blinded by the Light (season 3)

This guy not only totally blew up Izzy and Vinny, but Brett Melnick also caused some doubt between Jared and Caila that for once had only a little to do with Ashley I. Brett asked Caila on a date with Ashley’s encouragement, and Caila changed her mind—and we’re not exaggerating here—eight times before she finally agreed to go. The date only made her more sure of Jared, but it sure was hilarious to watch Jared pine for Caila the way Ashley pined for him. We didn’t remember Lamp Man or his lamp from Andi’s season of The Bachelorette, but we’ll sure remember him now.

We still do not believe there was ever a man named Carl on The Bachelorette, and it was clear based on how no one could remember his name (even Emily, who fell in love with him immediately) that the rest of the cast didn’t believe it either. Carl?! Really?! For the record, the internet says his name is Carl King, and that he was a contestant on Andi’s season. Whatever you say, internet.

PHOTOS: Who will be the next Bachelor?

Everything to Do With Corinne and DeMario (season 4)

Perhaps the most scandalous of all of this show’s scandalous moments, whatever happened with Corinne and DeMario ruined season four and threatened to ruin the entire show. There were questions of assault against DeMario after producers believed Corinne was too drunk to consent to anything while cast members disagreed about what happened, and filming was completely shut down while an investigation took place to determine if the show was guilty of any misconduct.

The show resumed filming when the investigation found no midconduct, but the shortened time frame made for a strange and fractured season and a lot of ill will towards the franchise as a whole.

Dean and Kristina and D-Lo (season 4)

Dean and Kristina started out as a potentially great couple, bonding over sad family histories and just generally being very hot people. Then, Daniel L. entered the picture, and Dean was ditching Kristina to give D-Lo a cake for her half(!) birthday. He eventually screwed them both over with his indecision, and while he did his best to get back in our good graces on Winter Games, Dean’s transgressions may never be totally forgotten.

The arrival of Christen really shook things up on the beach, especially when she competed against Jasmine for the affection of Matt (for some reason), but what really shook things up was Alexis’ story of a car ride she shared with Christen. At one point during the ride, Christen pulled out a to go container of scallops, which she then ate with her fingers, which she then used to touch Alexis’ back.

Bullying is very wrong, but honestly so is eating scallops with your fingers in a non-scallop eating environment! Matt ended up bailing on both women, and while we don’t blame him, both women were also probably better off.

The Saga of Amanda and Robby (season 4)

Poor Amanda Stanton and her…interesting…taste in Bachelor men. She “had so much fun” with Robby during her comeback season after her somewhat disastrous relationship and breakup with Josh Murray, but then ended it. Then began it again. Then it ended pretty badly, with accusations of cheating and arguments over payments for a Disneyland annual pass and shared text messages.

Derek and Taylor ended the season happily engaged (and stayed that way until their recent split), but there was a moment on the beach when their relationship nearly fell apart. As Taylor tried to explain to Derek that he wasn’t communicating his feelings with her, his response was “f–k you.” It was a strange choice, and it sent Taylor into a tailspin as she was reminded of past verbally abusive relationships.

They reconciled, but it was a dark moment for sure.

Bachelor in Paradise premieres Tuesday at 8 p.m. on ABC. 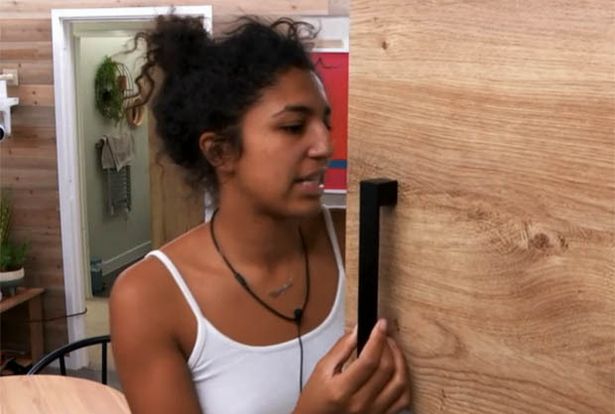