Now that the hosting situation for this year’s I’m A Celeb has been sorted, all focus is on who will be entering the jungle.

It was confirmed that Holly Willoughby will replace Ant McParltin as Declan Donnelly’s co-host this year.

But the names of those heading into the famous camp won’t be revealed until closer to the launch date.

While rumours swirl, it looks like Love Island alum Jack Fowler is putting his name forward as a potential campmate.

“I got a couple things in the pipeline”

When asked about the jungle, he told the Metro: “I got a couple things in the pipeline.

“I can’t lie but it’s a bit of a sticky one, still. I can’t talk too much about it though.”

If he does end up flying Down Under for I’m A Celeb, he’d be joining the ever-growing list of Love Island stars finding themselves back on television.

RUMOURS: Speculation about the I’m A Celeb cast is heating up

TEASE: Jack Fowler hinted he has some big plans coming up

There are a handful of other names rumoured for I’m A Celeb, including the returns of Gemma Collins and Jack Maynard.

BIG IDEAS: Could Jack Fowler be the next I’m A Celeb champ?

Catherine, however, denied she’d be joining the show, though it’s thought Katie McGlyn, Shayne Ward or Faye Brookes could take her spot.

I’m a Celebrity… Get Me Out of Here! returns to ITV later this year. 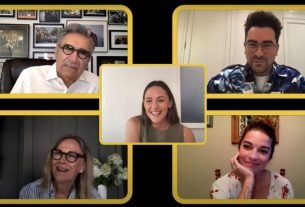