The Love Island 2018 heartthrob – who has had brief romances with Grace Wardle, Ellie Brown, Megan Barton Hanson and Samira – hit it off with new bombshell Alexandra Cane.

The 27-year-old makeup artist entered the Love Island villa tonight and chose to have dates with Alex and Jack Fowler, 22.

Jack admitted he was happily coupled up with Laura Anderson, but Alex and Alexandra bonded over their mutual love of cars.

Alexandra revealed her mother was even rooting for her to couple up with the A&E hunk.

Meanwhile, Samira was on the other end of the spectrum.

UNLUCKY IN LOVE: Alex has been through four girls already – is it fifth time lucky?

“Why the f*** is Dr Alex Gammon being thrown all these measly bones that HE DOESN’T KNOW WHAT TO DO WITH and my queen Samira is being left to rot? Love Island DO SOMETHING”

The 22-year-old broke down over the eviction of her partner Frankie Frankie Foster.

The West End performer failed to connect with any boy in the villa but Frankie, so she was devastated when he was dumped from the island.

And even though Love Island newcomer Idris Virgo made attempts to flirt with her, Samira continued to sob that she had finally found Mr Right and he was swiftly ripped away.

Viewers of the ITV2 dating show were absolutely fuming that Samira hadn’t be given a new boy like Alex had.

SUPPORT: Love Island viewers are convinced Alex is getting special treatment over Samira

“Why the f*** is Dr Alex Gammon being thrown all these measly bones that HE DOESN’T KNOW WHAT TO DO WITH and my queen Samira is being left to rot? Love Island DO SOMETHING,” one viewer cried.

“Look at the preferential treatment, Alex gets a girl selected for him to go on a date with, but they still don’t give a f*** about Samira,” another raged.

And a third blasted: “I don’t know why Alex gets all this attention and Samira gets jack s***? Alex has constantly proved himself to be boring and have no game.”

FRESH MEAT: Alexandra entered the villa tonight with her eye firmly on Alex

Megan asked Wes to be her boyfriend and the islanders cheered as she gladly accepted. 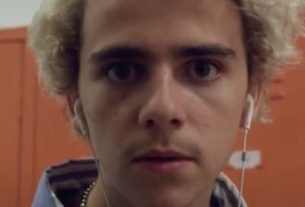 We Are Who We Are Season 1 Episode 5 Review: Right Here, Right Now #5 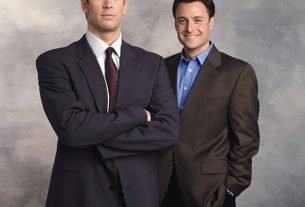 A Trip Through Time: The Bachelor: The Greatest Seasons Ever Revisits the Very Beginning