Machine Gun Kelly and Megan Fox are ready to commit to their intense “twin flame” romance for the rest of the lives, Entertainment Tonight reports. A source told the outlet that Kelly is going to pop the question soon. Kelly “has been telling friends that he is planning to propose [to Fox],” the source said. “They’re very in love and beyond obsessed with each other. They are ready to take this next step in their relationship.”

Fox became legally single following her divorce from her husband of 10 years, Brian Austin Green, in October 2021. The actress spoke with Kelly for British GQ in October about what their relationship is like—and how it pushes them both in very deep ways.

“This is a very intense relationship,” Fox said. “Our souls chose this to absolutely have to face our shadow selves; to face things about ourselves we didn’t want to have to know, that we tried to push away.”

“It should be light [like first love], but also we go to hell with each other,” Kelly added. “It’s ecstasy and agony for sure… I don’t want people to think anything’s perfect with us. I didn’t say it was the darkest fairy tale for no reason.”

Kelly has been set on proposing to Fox for months now. A source told Entertainment Tonight in June that he planned to ask her to marry him on the sooner side.

“MGK would love to start a family with Megan someday, but right now doesn’t seem to be the time in terms of scheduling,” the source said. “As far as engagement goes, it is likely that this will happen sooner than later and it has been a topic of conversation without question.” 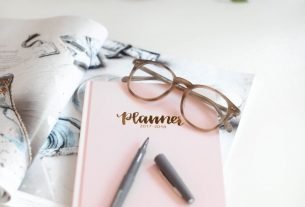 How to Take Back 2020 With SMART Goal Setting