Jackpot! That’s what one lucky man is saying after purchasing a storage unit from “Storage Wars” star Dan Dotson, that ended up with 7.5 million dollars in cash inside!!

The buyer says after he purchased the unit, he found a safe inside that took some time to crack open, but when they did, they found the ultimate return on investment.

When word reached the original owners of the storage unit that they just lost $ 7 mil, needless to say, they got their attorney to reach out immediately.

This unit sells for 500 bucks, buyer finds 7.5 million cash, attorney reaches out on behalf of the previous owner & nicely offers 1.2 million dollars back in return for all money back.
What would you do?
New #StorageWars @aetv
Nov 7th 10/9c @storageauctnet @paytheladylaura pic.twitter.com/8UXJ1xvXkz

The 2 parties agreed to let the new owners keep a 1.2 million dollar reward for returning the lost loot, not a bad takeaway considering they only paid $ 500 for the unit.

So the real question is, what would you do if you found the 7 million? Dan Dotson explains that he would look to return it for one key reason, and it has a lot to do with who could potentially be looking for that money. 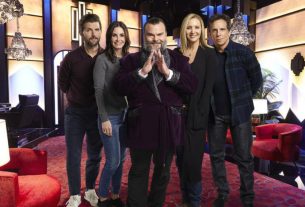