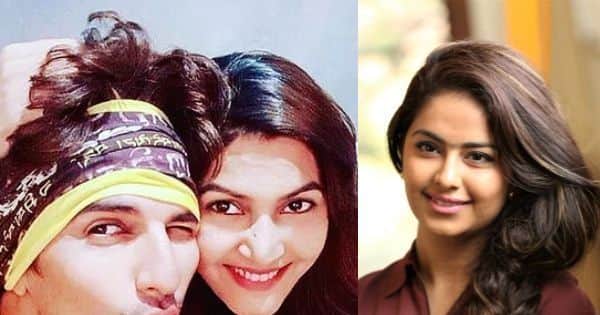 Balika Vadhu actress Avika Gor and her friendship with Sasural Simar Ka co-actor Manish Raisinghan has been the talk of the town since a long time. The two have shared an amazing bond from their Sasural Simar Ka days. A lot has been spoken about the secret child Manish and Avika have. Earlier, in interviews, Avika Gor and Manish Raisinghan both reacted to this crazy rumour of them having a secret child. Avika Gor had told Siddharth Kannan that she read all kinds of rubbish about Manish and her friendship. There is an age gap of 18 years between the two. She had always maintained that he was a friend and her family trusted him immensely. Manish Raisinghan also reacted to this rumour. Also Read – Balika Vadhu 2 promo: Anandi’s birth brings happiness to her family; declare her a ‘bahu’ the moment she’s born – watch video

In an interview with ETimes, he had said, “This is one of the most absurd things I have ever heard about my friendship with Avika. Why can’t two individuals be good friends? Why do they have to be in a relationship? Also it’s a fact that I am 18 years older than her.” Now, once again he reacted to this rumour in an interview with the same portal. He joked, “Sambhal ke kahin rakha tha… kahan hai? Mil nahi raha hai, yahin kahin hoga.” Even his wife, Sangeita Chauhaan reacted to this funny rumour. She said, “Bechara kahan bhatak raha hoga, mujhe dedo. Ek sambhal rahi hu, doosra bhi sambhal lungi.” Also Read – RIP Surekha Sikri: Avika Gor mourns the demise of Balika Vadhu’s Daadisaa; says, ‘I would always love you, my guardian angel’ – view post

Manish Raisinghan got married to Sangeita Chauhan last year. She was seen on the Colors show, Ek Shringaar – Swabhimaan. It was a quiet marriage in the lockdown. Manish Raisinghan was also a part of that show. Avika Gor has been in a relationship with Milind Chandwani for a more than a year together. They put up lovey-dovey posts together. Well, we feel people need to stop these rumours around Manish and Avika now. Also Read – Balika Vadhu 2 New PROMO: Meet the new Anandi who will fight against child marriage