The music diva, who is in the middle of her Las Vegas residency, took to the stage for an hour and a half show of good will and festive cheer.

Slipping into a string of figure-hugging outfits, including a bizarre sliced dress and faux-fur trim hood combo, Mariah, 48, looked sensational as she proudly flaunted her curves in front of 20,000 devoted fans.

Keen not to lose her sex appeal, each outfit was smaller and more risqué than then next, seemingly focused on allowing her to put on an epic cleavage display in the process.

Performing a set list unsurprisingly packed with Christmas songs, the music icon put on a specularly camp concert, jam-packed with everything from ballet dancers, fake snow and a gyrating Santa.

However, rather than descending into smut-fest, the star’s yuletide offering portrayed a Mariah worlds away from her diva reputation and focused on her softer and maternal side thanks to the involvement of her children, Moroccan and Monroe.

While at times it seemed Mariah, who is currently staying at London’s Hotel Cafe Royal, spent more time off the stage than she did on it – thanks to elongated costume changes – when she did appear the Hero songstress was far more engaged than many music superstars who have passed through the venue in recent months.

Rather than simply going through the motions, Mariah happily chatted to fans – even bizarrely taking a swipe at Donald Trump.

BUXOM: Mariah Carey made sure her killer cleavage was on full view during the show (Pic: WIREIMAGE)

SUPERSTAR: Mariah Carey is one of the biggest stars on the planet (Pic: WIREIMAGE)

In a not so subtle dig at The President of United States of America, Mariah said: “Something is happening to America but we are going to be OK,” before launching into her 2010 single When Christmas Comes.

Vocally, while Mariah’s voice isn’t quite at the level it was at her peak, she easily proved she’s still one of the strongest singers in the world.

In fact, compared to her 2017 tour of the same name, Mariah seemed more confident, vocally strong and, crucially, to be singing a far larger proportion of the show live.

Taking a break from the show’s theme, Mariah also squeezed in a couple of her biggest hits.

As well as her 2005 single We Belong Together, Mimi played her 1991 classic Emotions and mega-hit Hero.

Jesus Oh What a Wonderful Child

Joy to the World

Carol of the Bells

Christmas Time Is in the Air Again

All I Want for Christmas Is You

As well as her 2005 hit We Belong Together, Mimi played her 1991 classic Emotions and her mega-hit Hero. 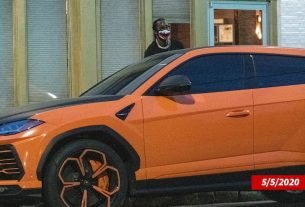 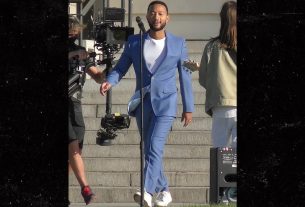